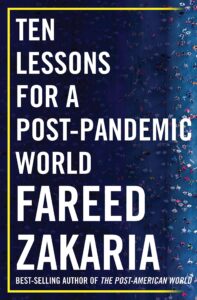 Does the Covid pandemic illustrate the fragility of liberty in the advanced democracies or its resilience?

The world that is being ushered in as a consequence of the covid-19 pandemic is new and scary, writes Fareed Zakaria. The health crisis has accelerated a number of forces that were already gathering steam. Most fundamentally, it is now blindingly clear that human development as it is happening now is creating ever-greater risks, he writes for The Washington Post:

The backlash from nature is all around us, from wildfires to hurricanes to pandemics, of which covid-19 may simply be the first in a series. The pandemic has intensified other trends, too. For demographic and other reasons, countries will likely see more sluggish economic growth. Inequality will get worse, as the big get bigger in every sphere. Machine learning is moving so fast that, for the first time in history, human beings might lose control over their own creations. Nations are becoming more parochial, their domestic politics more isolationist. The United States and China are headed toward a bitter and prolonged confrontation.

There is no global “one world government,” and there never will be — it is just a phrase designed to scare people into imagining a secret army descending on them in black helicopters. Zakaria adds in an extract from his new book, “Ten Lessons for a Post-Pandemic World”:

What actually exists, and what we need more of, is global governance, agreements among sovereign nations to work together to solve common problems. It shouldn’t be so hard. Cooperation is one of the most fundamental traits in human beings, one that many biologists believe is at the root of our survival over the millennia. If we are to survive well into the future, cooperation will surely help us more than conflict. 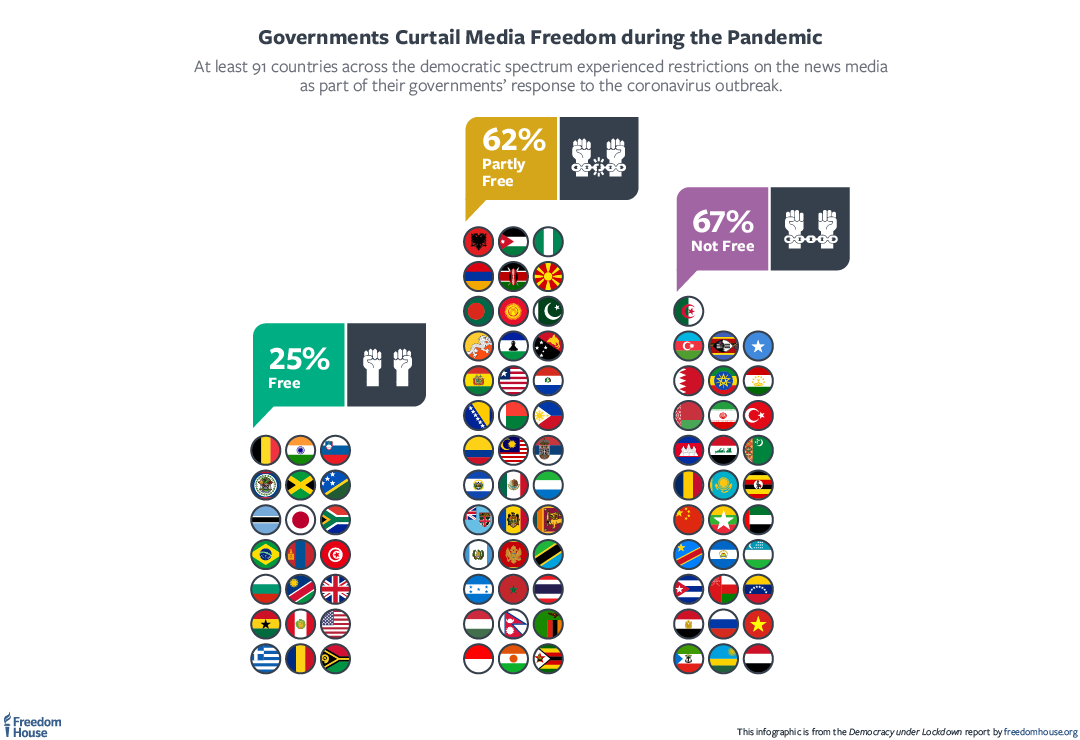 Having laid out a “gloomy compendium of threats,” Zakaria rightly celebrates “our resilient world.” States actually “gain strength through chaos and crises,” notes Josef Joffe, an editor of Die Zeit and a fellow at Stanford’s Hoover Institution.

He also dispatches the facile notion that despots like China’s Xi Jinping do better than democratic leaders. We owe the coronavirus’s leap around the globe to China’s suppression of lifesaving data; thereafter, the police state took over. Khamenei’s Iran and Erdogan’s Turkey performed badly, and so did Brazil, ruled by a would-be caudillo. The democracies did not succumb to authoritarianism, but neither is there any clear pattern, he writes for The Times:

The book’s central message comes in the last paragraph: “This ugly pandemic has … opened up a path to a new world.” Which one? The gist of Zakaria’s program is revealed by a recent editorial in The Financial Times, which he quotes approvingly. That newspaper was once a cheerleader of global capitalism. Now it argues that “many rich societies” do not honor “a social contract that benefits everyone.” So, the neoliberalism of decades past must yield to “radical reforms.”

Covid-19 is merely accelerating the mental turn engendered by the 2008 financial crisis. We are all social democrats now, adds Joffe. 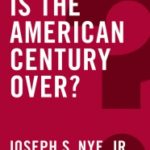 The end of the globalized liberal order is one of five plausible post-Covid scenarios, argues Joseph S. Nye, Jr., a professor at Harvard University and the author of Is the American Century Over? and Do Morals Matter? Presidents and Foreign Policy from FDR to Trump. Even before the COVID-19 pandemic, this order was being challenged by the rise of China and the growth of populism in Western democracies, he writes for Project Syndicate:

China benefited from the order, but as its strategic weight grows, it increasingly insists on setting standards and rules. The US resists, institutions atrophy, and appeals to sovereignty increase. The US remains outside the World Health Organization and the Paris climate agreement. COVID-19 contributes to the probability of this scenario by weakening the US “system manager.”

The latest in a series of “transformational changes that left many nations unmoored from old
certainties,” COVID-19 is, with the Cold War, “one of the two greatest tests of the U.S.-led
international order since its founding,” says a recent report from the US Council on Foreign Relations. “Nothing else since that time approaches the societal, political, and economic effects of the virus on populations around the world.”

The pandemic is deepening and accelerating the democratic downturn, as authoritarian and illiberal actors take advantage of the crisis to further erode liberties and undermine democratic institutions, according to a recent open letter (a Call to Defend Democracy, orchestrated by the National Endowment for Democracy and International IDEA) signed by 62 former world leaders, 13 Nobel Laureates and 73 pro-democracy institutions – a concern validated by the findings of a new Freedom House report, Democracy Under Lockdown (above).

Excessive use of emergency powers and limitations of media freedoms have raised concerns
that Covid-19 is infecting democracy itself, a new V-Dem analysis observes. 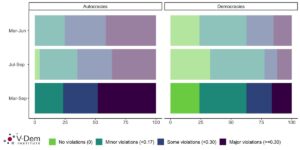 Has the coronavirus, aside from having severe consequences for public health and the economy, also been detrimental for democracy? And if so, should we expect passing side effects or permanent damage? International IDEA asks.

In this podcast, Dr Staffan I. Lindberg, the Director and Principal Investigator for Varieties of Democracy Institute at the University of Gothenburg and Dr Kevin Casas-Zamora, Secretary-General of International IDEA, are discussing, deliberating and debating about the short and long-term effects of the coronavirus on democracy. This podcast is hosted by Adina Trunk, Special Adviser to the Secretary-General, International IDEA.

4 signs a democracy could be slipping into an authoritarian regime https://t.co/Lrgtbc0vWy via @ithacajournal