Authoritarian regimes are experience a resurgence globally. Various strains of ethno-nationalism-populism are displacing liberalism and the rise of an anti-liberal order globally has many observers wondering if the core tenets of liberal democracy can survive the 21st century, according to the latest podcast of the Munks Debates:

In his opening remarks, Niall Ferguson refers to Freedom House’s annual global report on political rights and civil liberties which recorded the 13th consecutive year of decline in global freedom, from 2005 to 2018. The share of Not Free countries rose to 26% while the share of Free countries declined to 44%.

Michael Ignatieff mentions the rise of authoritarian regimes under the leadership of Vladimir Putin, Victor Orban, and Recep Tayyip Erdogan. This Time Magazine article explores the rise of these ‘strongmen’ around the world, including in the US, Philippines, Brazil, Egypt, Nicaragua, and Venezuela. 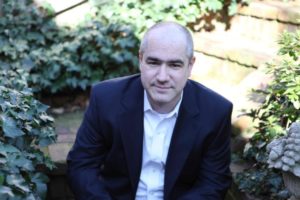 The National Endowment for Democracy (NED) has named William (“Will”) Dobson (right) as the new coeditor of The Journal of Democracy, the world’s leading publication on the theory and practice of democracy. Formerly Chief International Editor for National Public Radio, Dobson succeeds Marc F. Plattner, who is retiring after decades of outstanding service.

“Marc has been an indispensable member of the NED leadership team for more than 35 years,” said NED President Carl Gershman.  “He conceived the Journal of Democracy and has edited it brilliantly with Larry Diamond for three decades.”

“Will Dobson has big shoes to fill,” said Gershman, “but he’s deeply devoted to NED’s democratic mission and has the intellectual capacity to help the Journal remain the thought leader on democracy in the present era of global change and political unrest.”

Dobson formerly held senior editorial posts at Foreign Affairs, Foreign Policy, and Slate. His 2012 book, The Dictator’s Learning Curve: Inside the Global Battle for Democracy, outlined for wide audiences the ways in which repressive regimes have adapted to retain and increase their power, and how courageous activists have responded to confront these tactics.

The Journal of Democracy will celebrate its 30th anniversary later this month at an event which will feature Dobson, Plattner, and Diamond, as well as several authors from the 30th anniversary January issue, focused on the theme, “Democracy Embattled.” RSVP