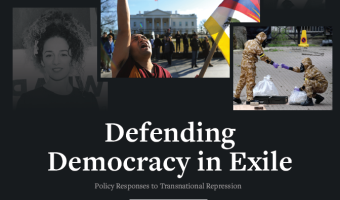 The United States has long served as a place of refuge for those fleeing repressive governments. But as authoritarianism creeps across the world and social media grants dissidents a border-crossing megaphone, exiled activists are facing increasingly aggressive blowback from the countries they fled, The Washington Post’s Adam Taylor reports:

In a new report released Thursday, pro-democracy think tank and watchdog Freedom House said it had recorded 85 new incidents of “public, direct, physical incidents of transnational repression” in 2021, bringing the total recorded between the start of 2014 and the end of last year to 735.

Even those living in the world’s preeminent superpower aren’t spared, Taylor adds. Iran, China, Egypt, Russia, Rwanda, Saudi Arabia and others have targeted those in the United States, Freedom House found, and were “increasingly and more aggressively disregarding US laws to threaten, harass, surveil, stalk, and even plot to physically harm people across the country.” 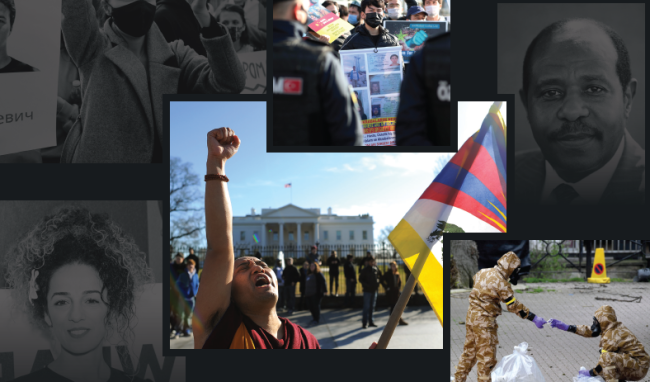 Global authoritarianism manifests in different and ever-expanding ways, all of which degrade human rights, note Yana Gorokhovskaia and Isabel Linzer, the authors of the report, funded by the National Endowment for Democracy (NED):

These methods undermine the fundamental notion that political power should be constrained by respect for individual freedom. The consequences are dangerous for everyone, they add.

Based on a data set of 735 documented incidents of explicit transnational repression that occurred between 2014 and 2021, we show that authoritarian governments are increasingly working together to help locate, threaten, detain, and expel their critics, note Gorokhovskaia and Linzer.

Moreover, thanks to the restrictive asylum policies of many democracies that could otherwise serve as havens for dissidents, there are fewer safe places available for those seeking shelter from persecution. If democracies want to shore up liberal values and human rights worldwide, they could start by welcoming those who are risking their lives to stand up to authoritarian regimes, they write for Foreign Affairs.