“Unlike Wuhan, Shanghai never declared a lockdown, so there is no ‘ending the lockdown’,” said censorship directives issued to media on Tuesday, and leaked to the China Digital Times.

Saturday marks the 33rd anniversary of China’s bloody crackdown of pro-democracy demonstrations in and around central Beijing’s Tiananmen Square, when Chinese troops opened fire on their own people, Reuters reports.

Since Xi Jinping took power in 2012, advocacy-oriented civil society—those that mobilize for rights associated with liberal democracies—in China has been placed under immense pressure, notes Diana Fu, an Associate Professor at the University of Toronto’s Munk School of Global Affairs & Public Policy. 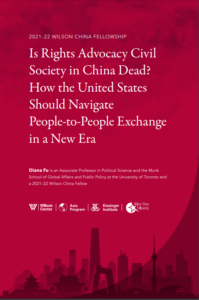 China is one of several autocratic regimes aggressively targeting dissidents on U.S. soil, according to a new Freedom House report, funded by the National Endowment for Democracy (NED). 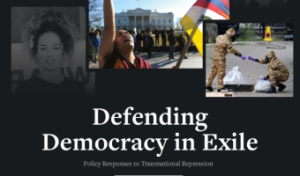 In 2020, a New York City police officer originally from Tibet was charged with acting as an illegal agent of the Chinese government and using his position to collect information about the Tibetan diaspora, The Post reports. The officer, Baimadajie Angwang, had been granted asylum in the United States at the age of 17 after claiming he would be tortured if he returned to China.

In response to the Biden administration’s Summit for Democracy, Beijing has recently reiterated its narrative that Western support for Chinese civil society is nothing but a front to undermine the stability of the Chinese Communist Party’s rule, the Munk School’s Fu adds.

The Party’s perception of civil society as an ideological challenge was evident in Document Number 9, a communique circulated in April 2013, early in the Xi administration, which also cited the threat posed by constitutional democracy, liberalism, media freedom, and universal values of freedom, democracy, and human rights. Specifically, the document characterized civil society as “a socio-political theory that originated in the West” which views individual rights as “paramount.” This ideological challenge becomes a mobilizational threat, the document warns,  when civil society is used to “squeeze the Party out of leadership of the masses at the local level…to the point that their advocacy is becoming a serious form of political opposition.” 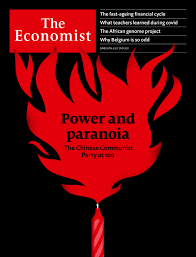 Accordingly, the party-state has been actively remolding a key pillar of civil society—educational institutions and their affiliates—in order to ensure that future civil society networks will espouse pro-Communist Party ideologies and norms of civic engagement, Fu observes: