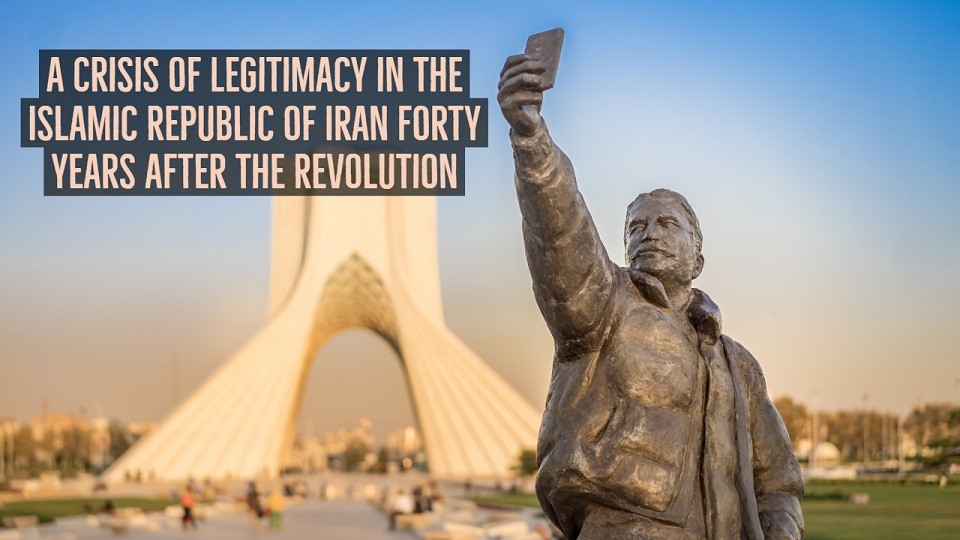 “Is the Islamic Republic on the brink of collapse?” was the title of a long interview published by the Iranian news agency Tasnim. To fully appreciate the true explosive power of such a report, it is important to know that Tasnim is the agency of the Revolutionary Guards; it is better informed and more powerful than the state news agency IRNA, notes analyst Ali Sadrzadeh.

The choice of interviewee is equally charged: the 60-year-old sociologist Mohammad Reza Tadjik, who holds important positions despite being close to the reformers. The British-educated professor, a recognised strategist and deputy minister at the Ministry of Intelligence responsible for psychological warfare, is known for his candour, he writes for Qantara:

Iran’s theocracy lives in constant fear of popular upheavals, according to Reuel Marc Gerecht, a senior fellow at the Foundation for Defense of Democracies. The administration’s “principled realism” ought to bear down on Iran, he writes for the Washington Post:

A sensible American foreign policy would clearly acknowledge that unchecked autocracy brings on revolution and religious extremism. With Turkey, Iraq and Tunisia, the lessons of post-World War II history apply: Many democracies have emerged, grown stronger, sometimes only survived because the United States invested in their defense.

Given the regime’s fragility, the Raoul Wallenberg Centre’s Irwin Cotler and Yonah Diamond argue that now’s the time for Magnitsky sanctions. The failures of the Islamic Republic, and the exploitation of religion by the ruling clergy, have together persuaded a considerable number of habitual believers to shift their religious allegiance back to traditional orthodoxy, says Naser Ghobadzadeh, Senior Lecturer at the Australian Catholic University:

In addition, the ruling clergy’s political activities have left them little time to reify their religious credentials. A few ritual public processions have not been enough. Political power and financial resources have proven insufficient for them to maintain religious credibility.

The Islamic Republic is still in power after forty years, defying early expectations of collapse. But the state is losing its main source of legitimacy to two powerful competing religious discourses: religious reformism and traditional orthodoxy.

Now, the question is: for how long can the Islamic state survive without religious legitimacy? adds the author of Religious Secularity: A Theological Challenge to the Islamic State.

February 11, 2019, marked the 40th anniversary of Iran’s 1979 Islamic Revolution and the establishment of a repressive theocratic regime. Today, much of the discourse on Iran focuses on sanctions, nuclear issues, and regional sectarian conflicts, often ignoring complex domestic developments that indicate major shifts in the religious, cultural, political, and social fabric of Iranian society.

At a forthcoming presentation, Reagan-Fascell fellow Dr. Ladan Boroumand will reflect on crucial phases that have defined Iran’s state-society dialectic, and bring to light the unprecedented cultural and ideological consequences of this dynamic. Using state violence as an indicator, she will examine the diverse ideological and religious challenges faced by the Islamic regime of Iran.

Dr. Ladan Boroumand is co-founder of the Abdorrahman Boroumand Center for the Promotion of Human Rights and Democracy in Iran, a nongovernmental organization that promotes human rights awareness through education and information dissemination, including by way of Omid, a website that documents human rights abuses committed by the Islamic Republic and memorializes its victims.  In addition, she serves on the Steering Committee of the World Movement for Democracy.  A historian by training, she is the author of the book La Guerre des Principes (1999), which examines the tensions between human rights and national sovereignty during the French Revolution, and has also published articles on the French Revolution, the Islamic revolution in Iran, and the nature of Islamist terrorism.

Mr. Marc Plattner is founding co-editor of the Journal of Democracy and co-chair of the Research Council of the International Forum for Democratic Studies. Until 2016, when he reduced his schedule to part time, he also served as NED’s vice president for research and studies. From 1984 to 1989, he was NED’s director of program. He is the author of Democracy Without Borders? Global Challenges to Liberal Democracy (2008) and Rousseau’s State of Nature (1979), a study of the political thought of Jean Jacques Rousseau. Over the past two decades, he has co-edited with Larry Diamond more than two dozen books on contemporary issues relating to democracy in the Journal of Democracy book series. The most recent are Authoritarianism Goes Global: The Challenge to Democracy (2016, also with Christopher Walker) and Democracy in Decline? (2015).