Just when you think footage from Belarus can’t get more amazing, stuff like this happens: https://t.co/Tzbqd20cxn

Putin Doesn’t Want to Intervene in Belarus. That’s an Opportunity for the West. https://t.co/85IiwS4ow4

Workers heckled and jeered President Alexander Lukashenko on Monday (see above) as he visited a factory and strikes grew across Belarus, raising the pressure on the authoritarian leader to step down after 26 years in office, The Associated Press reports:

On the ninth straight day of mass protests over the official results of the Aug. 9 presidential election that demonstrators say was rigged, Lukashenko flew by helicopter to a factory in the capital of Minsk to try to rally support, but he was met by angry workers chanting, “Go away!” He told the workers: “I will never cave in to pressure.”

European leaders needed to send a strong message to the Kremlin against military intervention in Belarus, while voicing doubts that it was desired by Moscow, Lithuania’s foreign minister, Linas Linkevičius, one of the most active EU voices on Belarus, told the Guardian.

“I hope it’s not realistic, I hope it will not happen, but I cannot exclude, I cannot deny because it is publicly discussed, and definitely we should keep this in mind and send a very clear message that it is not tolerable if Russia decides to do that.”

Russia indicated it was ready to provide military assistance to Lukashenko — even as massive crowds marched in protest to an August 9 election protesters say was rigged in favor of the longtime Belarusian leader, VOA’s Charles Mayne reports:

A Kremlin statement said Russian President Vladimir Putin and Lukashenko agreed to “comprehensive assistance to maintain security in Belarus” on the basis of an existing joint security agreement during phone talks Sunday.   The Russian offer comes as Lukashenko has increasingly looked to Moscow to help maintain support for his suddenly flagging 26-year hold on power. 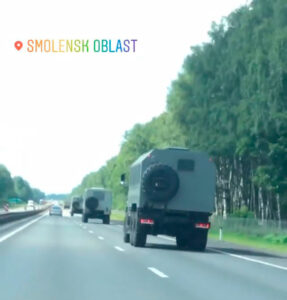 The Kremlin is deploying its RosGuardia [Russian Guard] troops and paddy wagons to the border with Belarus, the UNIAN Press Agency reports. The Conflict Intelligence Team (CIT), a group of independent investigators of armed conflicts, posted the relevant report on its Facebook page (right), citing multiple photos and videos shot by eyewitnesses and information coming from journalists.

Analysts say a compromise deal with the opposition that leaves a weakened Mr Lukashenko and a mollified populace is Moscow’s preferred outcome, despite how unlikely that may appear, given his brutal response to the protests so far, The FT’s Henry Foy adds.

“Putin sees this as Lukashenko’s internal affair,” said Tatiana Stanovaya, founder of R. Politik, a Russian political risk consultancy. “If it was about Lukashenko versus the west, then it would be a very different story, and the Kremlin would speak differently.” “It is a dangerous situation, any protests are a challenge for Russia as well,” she added. “But right now they believe it is manageable and a consequence of bad decisions by Lukashenko.”

“[The Kremlin] is worried that he could lose control,” said Ms Stanovaya, who said Moscow’s dilemma was to give Mr Lukashenko enough support for him to subdue the protests, while also building ties with a future administration to replace him. “The challenge for Putin is to find a successor who will follow the pro-Russian path, or else the only other option is a pro-western leader.”

Alexander Klaskovsky, an independent Minsk-based political analyst, said the conversations with Putin may reflect the Kremlin mulling support for Lukashenko in exchange for his consent for a closer union between the two nations, which he had resisted in the past, he told AP.

“Russia understands Lukashenko’s weakness and is preparing its own scenario, which could envisage a deep integration in exchange for military assistance,” Klaskovsky said.

Although the military capabilities for intervention are ready, the political decision has not yet been made, the analyst Pavel Felgenhauer said. “Russia is not abandoning Belarus to the West,” he told The London Times.

Alexander Golts, another analyst, said that even if Russia did intervene Mr Lukashenko’s “time as Belarusian president will be short”, because Mr Putin would look for a more amenable partner, The Times adds. For the Kremlin, communications with Belarusian brigade commanders and security service officials about “how they will act if Russian forces are deployed to Belarus” were more important now than what Mr Lukashenko said. The absence of clear warnings from Europe and the US could encourage such a deployment, he said.

“It’s vitally important how the West lays out the risks for Putin in case of an invasion of Belarus,” he said. “If the reaction is what we’ve seen in recent days, it will push forward the use of force.” 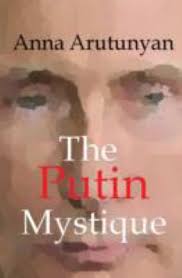 Moscow doesn’t want to stage another aggressive intervention, argues Anna Arutunyan, author of The Putin Mystique. Contrary to some Western takes about Moscow’s appetite for annexation, it is smarting from the debacle of Donbass, where it is still “cleaning up the mess,” as a former Kremlin official once told me, created by its own separatist proxies that it armed and financed.

But it would feel itself forced to in the event of real or perceived Western “meddling.” Remember, Russian security culture holds a very paranoid view of geopolitics, she writes for The Moscow Times.

Analysts told the Guardian that a Russian military intervention was very unlikely because Belarus appeared unified against Lukashenko, there was no foothold or wedge issue for Russia to exploit as in Crimea, and an armed intervention could backfire, turning a protest against Lukashenko into one against Putin too.

“There is no way for Russia to influence the internal situation in Belarus in a way that it would be peacefully resolved. That’s for Lukashenko to do it himself,” said Dmitry Suslov, a professor and foreign affairs expert at Moscow’s Higher School of Economics. said Suslov. “Now it’s clear that Lukashenko’s era is over.”

“Russia is not at all a topic of these protests,” said Vadim Mojeiko, of the Belarusian Institute for Strategic Studies, noting that opposition candidates also avoided topics such as EU integration. “These are protests against Lukashenko. It’s not pro-Russia or pro-Europe.”

No direct threat to the Kremlin

In contrast, Mr Putin chose not to directly intervene amid mass protests in 2018 against the longstanding leader of Armenia, another former Soviet state. After the demonstrations toppled the government, the new administration retained its foreign policy alignment with Moscow, the FT adds.

“In Belarus, the entire population is viewed as friendly [to Russia], so the loss of an allied ruler is not such a disastrous turn of events,” wrote Alexander Baunov, senior fellow at the Carnegie Moscow Center. “This is why the Belarusian protests against their own authorities . . . are not seen in Russia as anti-Russian or hostile.”

So far, nothing that has happened in Belarus poses a direct threat to the Kremlin, apart from its dislike of popular movements and democracy in general, says Anders Åslund, a senior fellow at the Atlantic Council, and the author of “Russia’s Crony Capitalism: The Path from Market Economy to Kleptocracy”:

No significant Belarusians have called for the country’s exit from the Eurasian Economic Union or Moscow’s Collective Security Treaty Organization, which is what Putin has emphasized. The Kremlin can probably work with any new Belarusian leaders as it successfully works with Pashinyan in Armenia. Putin’s regime has a comparative advantage in its skill to infiltrate and manipulate, which costs much less than military intervention. Why be too blatant?

If reason prevails, Russia has more grounds to stay away from Belarus than to intervene as it did in Ukraine in 2014, analyst Pierre Brancion suggests. Lukashenko is deemed an unpredictable ally, the Belarus economy is sinking and heavily indebted to Russian banks, and the protests haven’t been particularly pro-Western and anti-Russian. Putin is likely to wait further before he ventures into a situation with little upside for him.

In any case, Belarusians will not allow themselves to be intimidated, even under conditions of de facto martial law, adds Sławomir Sierakowski, founder of the Krytyka Polityczna movement. They refuse to be ruled by a president whose post-election effort to pacify the population has cost him any remaining shred of legitimacy, he writes for Project Syndicate.