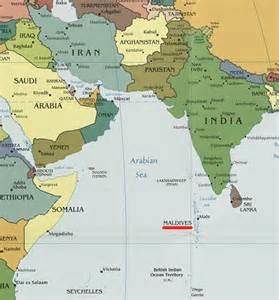 Maldives leader Abdulla Yameen conceded defeat on Monday to a candidate who has pledged to reverse the country’s slide toward authoritarianism, marking a setback for China, which had forged strong ties with the president in an effort to expand its influence, The Wall Street Journal reports:

Voters in the Maldives elected Ibrahim Mohamed Solih, a longtime parliamentarian who has said he wants to improve relations with democratic governments in India and the West. New Delhi described the outcome as a “triumph of democratic forces” in the country, which turned from autocracy to multiparty elections only a decade ago.

China has spent hundreds of millions of dollars on infrastructure projects in the Maldives, which critics, including the political opposition, warn amount to “debt-trap diplomacy” that weighs down the recipient country with loans in order to secure a naval base as repayment, The New York Times adds: 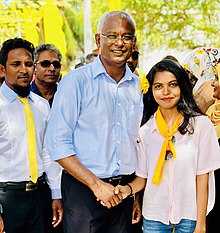 The Chinese government has been a consistent supporter of Mr. Yameen despite his crackdown on dissent. In February, Beijing sent a naval force to linger off the coast of Malé after Mr. Yameen sent troops to burst into the Supreme Court and jailed two of its justices after they overturned the convictions of opposition politicians. Mr. Yameen then declared a state of emergency and prevented Parliament from meeting for a while.

Even if Mr. Yameen were to lose, China’s influence would not simply be rolled back, some observers say. The United States and India are unwilling or unable to match the billions of dollars Beijing has invested in cash-starved regions of South Asia as part of its “One Belt, One Road” initiative. China is spending about $62 billion in Pakistan alone as part of the program, tilting another American ally further into its axis.

The Maldives has been cited as a case study of how Beijing’s sharp power imperils good governance.

“If President Yameen loses, China will be able to work with the next leader, as it has shown in the case of Sri Lanka after the 2015 election,” said Nilanthi Samaranayake, a South Asia analyst at the Center for Naval Analyses, a think tank based in Arlington, Va. For small nations in the region, China’s appeal as a source of money for development “transcends domestic politics,” she said.

The country’s experiment with democracy is only a decade old: In 2008, Mohamed Nasheed became the country’s first democratically elected leader after three decades of dictatorship, The Washington Post adds:

A former pro-democracy activist, Nasheed once memorably held a cabinet meeting underwater to highlight the danger of rising sea levels, but he was forced to resign under murky circumstances and later fled into exile. Before Sunday’s vote, many in the Maldives worried that the result would be rigged in favor of Yameen, the incumbent.