Are Cuba’s ruling Communist Party’s proposed constitutional revisions “a way to move the island into the 21st century” or cosmetic changes designed to maintain single-party rule akin to the China Model of “Market-Leninism”?

The reforms are primarily intended to guarantee regime survival, analysts suggest. Reference to Communism has been removed from the constitution, for example, but…..

“This is cosmetic, from a policy perspective, but it is a serious, important public relations move,” says Michael Touchton, assistant professor of political science at the University of Miami.

“The government gains legitimacy by no longer fighting a battle for global communism that was so clearly abandoned everywhere else with the end of the cold war,” he notes, adding that the amendment “represents a much more palatable rebranding that may resonate with the Cuban people and contribute to perceptions of government legitimacy.”

The weekend announcement coincided with the anniversary of the deaths of prominent Cuban dissidents Oswaldo Paya and Harold Cepero (above).

Both activists died on July 22, 2012, when the car in which they were traveling was rammed off the road by the secret police. The regime targeted Payá because he “crossed a red line in challenging the government’s relations with the church, which had become a pillar of the government’s strategy of survival…. at a time when the regime, emboldened by the cardinal’s silence at the mass arrests during the pope’s visit to Cuba in March, was not about to tolerate criticism,” said the National Endowment for Democracy’s Carl Gershman.

The proposed reform package follows the April retirement of Raúl Castro as head of state and suggests a cautious advance in the remaking of Cuba in an era when other communist countries, including China and Vietnam, have embraced the free market, the Washington Post adds. And yet the changes envisioned would unfold even as new rules would strictly limit the entrepreneurial spirit on the island [and]

The regime is aiming for “Market-Leninism” – a market socialist model with Cuban characteristics, says one observer, adding that it is no coincidence that President Díaz-Canel met last week in Havana with Li Qiang, a senior official of China’s Communist Party.

“In Cuba they’ve been thinking about transition and ‘the day after’ for a long, long time, but that debate has focused on to what degree to open up the economy and whether to go farther toward a Vietnam or China model,” says Eduardo Gamarra, an expert in Latin American politics and democratization at Florida International University in Miami.

“But there really has been no parallel attention to what political reforms might accompany the economic change,” he adds. “They believe they have a political model that is going to withstand the test of time.”

The reforms are also designed to avert an internal fight for power after the death of Castro, 87, who remains first secretary of the Communist Party of Cuba.

“I think this has to do with a necessary recognition and adjustment to the passing of the Castro caudillo rule and the need to introduce a more shared and balanced administrative structure with at least the illusion of the separation of powers,” Baruch College professor Ted Henken told el Nuevo Herald. “But more than a separation of powers, I think it could be better described as a separation of duties.”

The economic reforms envisioned in the charter would provide a degree of constitutional recognition for market changes that have already been underway, including the private enterprise that has sprung up, The New York Times adds.

But economic reforms will not lead to genuine marketization or threaten the Communist Party’s political monopoly, say analysts.

“We have not seen the text of the constitution but I don’t think there is any weakening of the power of the state,” says Lillian Manzor, an associate professor at the University of Miami College of Arts and Sciences. “It recognizes various types of property that can coexist and it includes private property but it seems clear that the state will continue to control and plan the economy centrally.”

Andy Gomez, a University of Miami former provost and senior fellow at the Institute for Cuban and Cuban-American Studies, said the aim is pretty clear.

“Their key concern has always been keeping political control. The question is, what is going to happen after all these guys are gone? Will this system work? That is why he [Raul Castro] is doing it now. While he’s there, he can control all these personalities,” he said, referring to the party’s current leadership.

“The changes indicate they are splitting up the political control in order to improve the socialist system,” said Gómez.

No changes are expected in basic human rights issues, freedom of expression, freedom of association, or freedom of press, while the repression of independent journalists and political dissidents has dramatically increased in the last few months, according to the Cuban Commission for Human Rights and National Reconciliation (CCDHRN).

This week, Cuban artists were arrested for protesting against a law restricting public display of art.

Subordinating the country’s needs to an ideology and its preservation of power, the regime has opted for a reform “inside the revolution,” notes one observer,  possible only because of the absence of the rule of law, an autonomous civil society, and a free press, which allows the authorities to proceed with reform without calling for a constituent power elected by the people.

But the announcement is a “diversionary tactic,” says Lillian Guerra, professor of Cuban and Caribbean History at the University of Florida, pointing out there is still political arrests and political repression in the island. 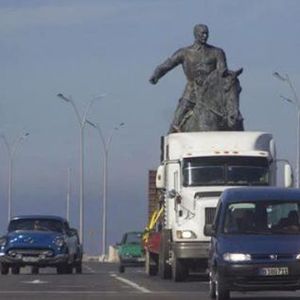 Whatever constitutional reforms are enacted, the regime remains guilty of “almost six decades of abandonment and neglect” of Cuba’s national patrimony – the buildings, monuments, documents, books, fine arts, and other elements that illustrate and express a country’s culture, according to Herencia, or Cuban Cultural Heritage.

On July 15, Cuba announced revisions to its Soviet-era constitution, including such reforms as officially recognizing private property and creating a prime minister position that splits power with the president 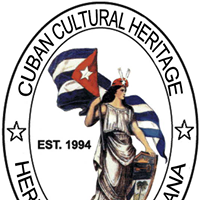 and is responsible for head of government duties, notes China Digital Times, a grantee of the National Endowment for Democracy:

Of particular note, however, is the introduction of presidential term limits: while Cuba’s Communist Party will still retain a tight hold over the nation’s political sphere, its presidents are now limited to serving two consecutive five-year terms. On the other hand, China went in the opposite direction in late February when it abolished its two five-year term limits for the presidency and vice-presidency,