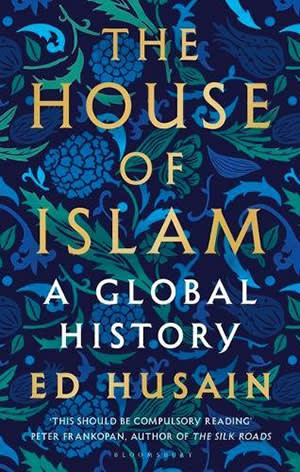 In his new book, The House of Islam, former Islamist radical Ed Husain arrives at the conclusion that the spread of this rigid, literalist interpretation of Islam “rejected by the vast majority of Muslims and imposed on them” is the biggest threat to the religion. The solution? To defeat the ideology, the Observer’s Nosheen Iqbal writes:

Exactly how the battle of ideas can be won is not so clear, but one proposal from Husain is takfir: to publicly expel terrorists and jihadists from the faith rather than to allow any suggestion that they are martyred. The trouble is that Islam comes in diverse forms and sects, without a central institution to thrash out theology or articulate universal doctrine. Husain optimistically judges that this could be done via a “Middle Eastern Muslim Union”, a Marshall-plan-type program funded by “the economic capital that God has blessed the Gulf with”, to be “deployed through investment and redistribution to address the difficulties across the region”.

In explaining the rise of Islamism and its cruel if chaotic manifestations around the world, Husain puts his finger on two important mantras, notes Malise Ruthven, the author of ‘Islam in the World’:

The practice of takfir, though formally banned by the Saudi religious authorities in 2016, goes back to an early sectarian group known as the Kharijites, who declared that grave sinners could not be regarded as Muslims and were hence liable to attack, Ruthven writes for the FT:

The proliferation of takfirism relates to the social decline of the ulama (trained scholars with expertise in scripture and law) and the rise of new elites who “approach Islam and scripture with the formulaic methodology of a trained scientist, doctor or engineer: right path vs wrong path; heaven vs hell; black vs white”. While this may be analytically sound, it is difficult to see how Muslims will escape from the logical impasse that takfirism represents.

“Today’s Islamist fanatics, who see conspiracies [in the UK] and long for a shariah state, are wrong….The Christian ethos that shaped Britain is a cause for celebration, not rejection,” Husain writes for the Spectator. “Today, ‘Islamophobia’ is a terrible oxymoron which allows many British Muslims to wallow in unwarranted victimhood. There is no phobia against Islam, simply against terrorism.”

Husain founded the counter-extremist group Quilliam in 2007 with Maajid Nawaz, before moving to the Council on Foreign Relations in New York and the Tony Blair Faith Foundation.

To those who argue that Islam needs a kind of Reformation, he offers a corrective, Iqbal adds: “Wahhabism is the reformation – Islam is in need of a renaissance and a reminder of its own values of what it means to live and coexist in a free world.”