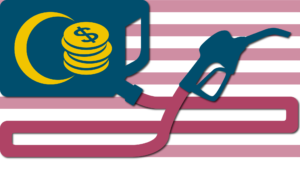 The task force — comprising members of the Malaysian Anti-Corruption Commission (MACC), the country’s central bank and police — will co-operate with international law enforcement agencies in an attempt to recover the billions of dollars lost by the fund, according to the office of Prime Minister Mahathir Mohamad.

Amid mounting suspense in Malaysia, former leader Razak is expected to give a statement to an anti-graft agency on Tuesday explaining what he knew about $10.6 million transferred into his bank account from a unit of a state fund he founded, Reuters reports. The U.S. Department of Justice refers to Najib as “Malaysian Official Number 1” in its anti-kleptocracy investigation into 1MDB, it adds.

The designer handbags, jewellery and other assets confiscated during the probe into Malaysia’s 1MDB corruption scandal could surpass the billions recovered from the family of the late Philippines kleptocrat Ferdinand Marcos and his wife Imelda, according to Anwar Ibrahim, the pro-democracy leader.

He tells the FT the country has some way to go to ‘mature as a democracy’ (above), adding that the country’s ‘sick-minded’ corruption must end.

The scale of the initial asset seizures was “shocking”, said Cynthia Gabriel (left), executive director of the nonprofit Center to Combat Corruption and Cronyism, who was appointed to the new government’s council investigating 1MDB. She expects “more to be uncovered”, she told the FT. The case highlights the “wanton greed, abuse of power and impunity” of Mr Najib and his government “at the expense of the poor citizens of Malaysia”, said Gabriel, who examined the government’s kleptocratic money laundering, in the National Endowment for Democracy’s Journal of Democracy.

A former Malaysian hitman who has spent the last three years in a detention centre has offered to return home to Malaysia and tell the full story of an execution that dogged the former prime minister Razak, the Guardian reports:

Sirul Azhar Umar, who is held in the high security wing, told the Malaysian website Malaysiakini he was willing to assist the new Pakatan Harapan government to reveal what transpired in the case of Altantuya Shaariibuu – a Mongolian model and translator who was murdered in 2009 – provided he was given a full pardon. 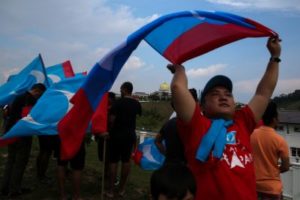 Malaysia’s sudden turn is characteristic of many electoral authoritarian regimes—they seem stable, until they are not, notes Stanford University’s Larry Diamond. Their strength—their claim to legitimacy through repeated multiparty elections, and their mobilization of support through an invincible party—is also their vulnerability, he writes for the American Interest:

Lacking the discipline that comes with real risk of electoral defeat, lacking the checks that come with an independent judiciary and a free press and civil society, electoral authoritarian regimes are at chronic risk of a public revolt at the ballot box—or on the streets—when corruption and human rights abuses reach intolerable levels. The familiar tools of control—electoral manipulation and fraud, press censorship, punitive use of the judiciary to intimidate and silence the opposition—work only to a point. When the regime’s abuses grow too extreme, or when the society grows more prosperous and better educated, people become less willing to put up with arrogant, self-serving autocracy. They long increasingly for a voice, accountability, and the rule of law. And they become more willing to take risks to achieve them.

Two factors are common in sending such regimes over the cliff, adds Diamond, the founding coeditor of the Journal of Democracy and the co-chair of the Research Council of the National Endowment for Democracy’s International Forum for Democratic Studies:

If Najib had won, the increasingly illiberal trend in Malaysian society toward a strongly conservative form of Islam would undoubtedly have continued, analyst Krithika Varagur writes for the New York Review of Books:

In recent decades, Malaysia has received extensive religious investments such as scholarships, mosques, preachers, universities, schools, and textbooks from Saudi Arabia, which has systematically propagated its brand of puritanical Salafi Islam across the Muslim world, as a matter of basic foreign policy. Under Najib, Salafi preachers and ideas gained mainstream platforms; and many members of the Salafi-identified Association of Malaysian Scholars have joined the UMNO outright.

“Najib needed Islamic legitimacy in order to boost his beleaguered image,” said Ahmad Farouk Musa, a liberal Islamic scholar based in Kuala Lumpur. “He got this from Malaysia’s Salafi network, many of whose figures have joined UMNO, increasingly defining its religious stances.”

After some confusion, Mahathir has reaffirmed that the government will repeal a widely criticised ‘anti-Fake News’ law. Pakatan Harapan’s economic agenda was more obviously geared towards winning votes than satisfying policy purists, but the presence of experienced technocrats on a policy ‘council of elders’ convened after the election gives hope that sound ideas will get a fair hearing, except perhaps the populist promise to remove the GST. Successful economic rejuvenation and cracking through the ‘middle income trap’ will be a further test of Slater’s ‘unbreakable global correlation’ between democracy and wealth.