Media capture is a situation in which the media are controlled “either directly by governments or by vested interests” which seek political influence rather than profit, according to analyst Alina Mungiu-Pippidi.* The result is the creation of a hybrid regime, halfway between democracy and totalitarian state. Others have labelled “informational autocrats” the new typology of political elites, whose main strategy to maintain power is to ensure the control of information flows through a series of mechanisms without directly attacking journalists, notes a new report, the 8th of a series to explore the Resource Centre on Media Freedom through a curated aggregation of contents: 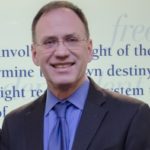 One of the most worrying aspects of the media capture phenomenon concerns the functionality of the regulatory authorities, in charge of monitoring and sanctioning the actions that violate the laws in the media sphere…. As Center for International Media Assistance (CIMA) director Mark Nelson (right) pointed out in an interview conducted by the research team, “independent regulatory institutions are as important to the media environment as independent central banks are to the monetary system. Yet, countries have more difficulty in establishing and sustaining independent media regulators. Politicians see independent regulators as a barrier to their ability to use the resources of the state to influence media coverage, and they often move quickly to make sure that the regulatory institutions are under their control”. ….

But it is the Hungarian case that causes the greatest concerns: as reported by Nelson to the research team, “media-regulatory takeover was an early and explicit policy of the Orban government when it took power in 2010”. As a matter of fact, according to Medialandscapes: “in the 2010-2014 parliamentary cycle, Fidesz took control of the National Media and Infocommunications Authority, the Hungarian Wireless Agency and the Public Service Foundation via its appointees”. After that, confirms Freedom House, the regulator “has used its powers to selectively refuse licenses to independent or opposition-leaning outlets”.  RTWT

*Who delivered the latest Lipset lecture, organized by the National Endowment for Democracy (NED).