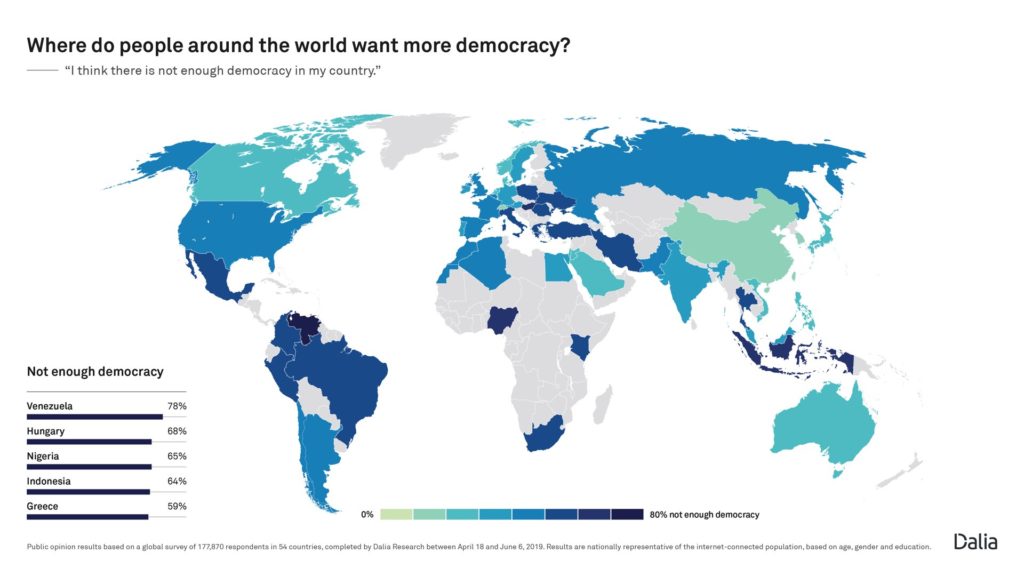 The decline of U.S. leadership represents a hard blow to democracy support efforts, but it does not signal their demise, argues Thomas Carothers, a leading authority on international support for democracy, human rights, governance, the rule of law, and civil society.

While no one government has the geopolitical heft or reach to assume the preeminent role that the United States has deserted, other democratic governments and pro-democratic actors are leaning forward in useful ways on at least some parts of the democracy agenda, such as multilateral support of democracy, open governance, media freedom, anti-corruption, and human rights, Carothers (right) writes for the Carnegie Endowment: 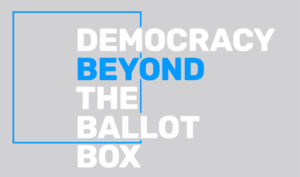 People haven’t lost faith in democratic government – rather, they want more of it. A whopping 79% said democracy was important to have in their country, while 41% said there wasn’t enough of it, according to the Democracy Perception Index, sponsored by the Alliance of Democracies/Dalia (above), Bloomberg reports:

But the research also appears to show that people around the world have widely divergent notions about what it is and who promotes it. To people in 21 of the 54 countries, the U.S. has a negative impact on democracy throughout the world. While these countries include Russia, China and Turkey, where people might be expected to resent America’s global role, most of the 21 are established democracies, and 14 of them have higher scores than the U.S. from Freedom House – the think tank whose data are commonly used as an indicator of how free societies are.

On the other hand, in 34 of the 55 nations in the Democracy Perception Index, largely developing countries, the U.S.’s perceived net impact is positive or neutral (see below).

But meeting the growing global challenges to democracy will require a much more profound renovation, says Carnegie’s Carothers.

“Old paradigms and habits no longer fit the harsh challenges facing democracy worldwide—from the increased assertiveness and adaptive learning of autocratic powers to the numerous ways technological change is giving governments new tools to repress and manipulate their citizens,” he adds, in the latest of a series addressing issues raised by the Open Government Partnership’s first flagship report on the state of open government globally, “Democracy Beyond the Ballot Box.” 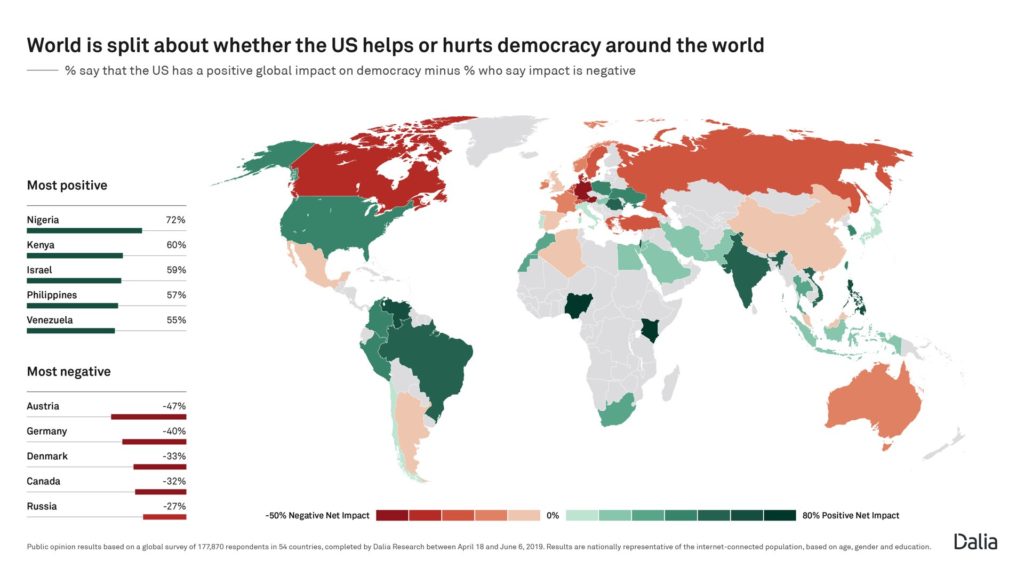