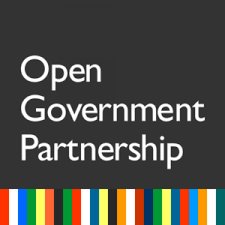 According to V-Dem, citizens’ ability to freely speak, associate, assemble and therefore to participate in democracy is under assault in more than 100 countries. A new OGP global report – Democracy Beyond the Ballot Box – says that nearly half of OGP members have problems related to civic rights.

Can the Open Government Partnership’s multi-stakeholder forums be used to stimulate solutions to some of the most intractable challenges facing independent media? a new analysis asks.

In an era of democratic backsliding and declining public trust in institutions of all kinds, the need for pluralistic, independent, and high-quality news media has never been more important, according to the NED’s Center for International Media Assistance. Yet even the most democratically minded countries in the world are having trouble creating the laws, policies, and practices to ensure a healthy media system. 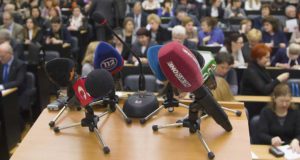 In CIMA’s latest digital report, Media Development and the Open Government Partnership: Can Improved Policy Dialogue Spur Media Reforms?, Paul Rothman looks in particular at the structures of the Open Government Partnership (OGP), which in its 2016 Paris Declaration characterized the media as a “crucial force for transparency and accountability.” RTWT

The more insidious effects we have seen arise from Facebook and similar platforms, such as the spread of disinformation and hate speech, have prompted calls for social media firms to be broken up, notes Dipayan Ghosh, a Shorenstein Fellow and co-director of the Platform Accountability Project at the Harvard Kennedy School. A more radical and effective solution would be to treat them as utilities, he argues in the Harvard Business Review. RTWT

Democratic elections rely on a competitive process, faith in electoral institutions and informed participation. The strategic deployment of false, exaggerated or contradictory information in the electoral environment has been a potent tool for undercutting democratic principles, the National Democratic Institute adds. Its new analysis – Disinformation and Electoral Integrity: A Guidance Document for NDI Elections Programs – outlines programmatic approaches to addressing the threat of disinformation in the electoral context, particularly the actions citizen election observers and international observers can take to mitigate, expose, and counter disinformation.