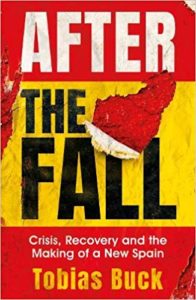 In his 2019 book, “After the Fall: Crisis, Recovery and the Making of a New Spain,” Tobias Buck of the Financial Times reports that in 2018 there were 1,143 Spanish streets named for Franco and others in his regime, and there were villages named Caudillo, the title Franco chose for himself. Forty-five years after Franco’s death, Spaniards might be embarking on a confrontation with their past akin to the one Americans are having about theirs 155 years after Appomattox.The Washington Post’s George Will writes.

Writing in the National Endowment for Democracy’s Journal of Democracy about European “memory laws,” George Soroka and Félix Krawatzek note that some are “prescriptive”: They aim to buttress national unity and social cohesiveness — and perhaps thereby resist European homogenization — by giving official imprimaturs to certain historical judgments, he adds:

“France’s 2005 Mekachera Act attempted to enshrine a more positive view of that country’s colonial involvement in Africa; a 2014 amendment to Russia’s penal code made it illegal to denigrate the actions of the Soviet Union during the Second World War; and a 2018 Polish statute attempted to protect the ‘good name’ of the Polish state and people against any charges of complicity in Nazi atrocities, among other potential slights.”

In postwar Germany, national identity has in many ways been defined by “overcoming the past,” or the effort to move beyond the crimes and ideology of the Nazis, The New York Times adds. …The historian Michael Brenner has said in lectures that it was crucial that Jews were seen as integrated as West and East Germany emerged in the years after the war. “The presence of Jews served as a litmus test for the new democracies,” he said.

“Germany is a country that prides itself on being a world master of memory culture,” said Jon Cho-Polizzi, a doctoral candidate in the German department at the University of California at Berkeley. “That’s as German as a soft pretzel.”

In Spain’s healthy democracy, parties heatedly debate national history. The law, however, is used lightly (as with the removal of Franco’s remains) to shape the future by taking, as France, Russia, Poland and other nations have done, normative positions about the past, notes Will. RTWT