Post 1 covered Tibet before the 1949 Chinese invasion, including the Tibetan government’s refusal to heed the 1932 warning of the Dalai Lama to strengthen national defense against the “‘Red’ ideology”. Post 2 was the Chinese conquest, followed by armed uprising of the people, precipitated by gun registration. Post 3 described the 1956-57 revolts, which liberated most of Eastern Tibet. Post 4 covered the creation of a unified national resistance in 1958, the Chushi Gangdruk. 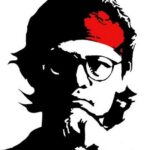 Authorities have intensified surveillance of Tibetans over the past decade under the leadership of Chen Quanguo, the Tibet Autonomous Region Communist Party chief from 2011-16 and the figure widely associated with setting up a system of mass internment camps for Muslim Uyghurs in Xinjiang, a restive region north of Tibet, where he led the party from 2016 until last year, RFA reports.

“Chen’s system combines hyper-securitization and militarization with efforts to accelerate the political and cultural transformation of local people. Its stated aim is ‘breaking lineage, breaking roots, breaking connections, and breaking origins’ of Tibetans and Uyghurs,” said the International Campaign for Tibet in a December 2018 report.

“Surveillance technologies that have sparked outrage internationally because of their use in Xinjiang were trialed in Tibet,” the rights group said.

Nevertheless, Beijing has lost the race to control the minds of the Tibetan people, and it feels unsure of its control, says Khedroob Thondup, a former member of the Tibetan parliament in exile.

Tibetan author and protest leader Tenzin Tsundue, jailed 16 times for his activism, will be one of many activists and dissidents at the 14th annual Geneva Summit for Human Rights and Democracy. The event is organized by an international coalition of 25 human rights NGOs, led by UN Watch, and gives a voice to victims of the world’s worst human rights abuses. The Summit will take place on April 6, 2022, on the heels of the UN Human Rights Council’s opening session. Register here.