Mohamed Morsi did a poor job as Egypt’s president before being ousted in a bloody military coup by the country’s current dictator, Abdel Fatah al-Sissi. But the gross mistreatment Mr. Morsi was subjected to over the past six years offers a vivid demonstration of how human rights have regressed in a country that once aspired to set political standards for the Middle East, The Washington Post reports. The secular political parties and civil society groups that opposed Mr. Morsi have been destroyed; a once-pluralist press has been silenced, it adds.

[Morsi] had no achievements (though to be fair, he was up against powerful opponents), was not particularly wise, and demonstrated little commitment to democracy except in its illiberal, majoritarian form, according to Council on Foreign Relations analyst Steven A. Cook, author of  False Dawn: Protest, Democracy, and Violence in the New Middle East. If nothing else, his truncated presidency and death—of an apparent heart attack—underline Egypt’s abject and terminal mediocrity on the world stage, he writes for Foreign Policy. 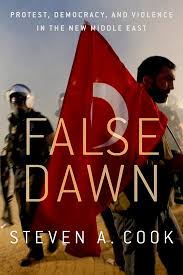 Morsi made a number of controversial decisions, said Michele Dunne, director of the Middle East Program at the Carnegie Endowment for International Peace. Six months into his presidency, Morsi came out with a plan for a new constitution “very much over the objections of most of the non-Islamist political figures in the country,” she said. It was seen as a power grab by him and the Muslim Brotherhood. Protests ensued, PRI reports.

Secular and liberal voters who lent the Islamist movement their votes to beat a Mubarak-regime rival were angered and frightened by Morsi’s own authoritarian bent, The Guardian adds.

Amy Hawthorne, research director at the Project on Middle East Democracy, said it was unknown whether the death was preventable, but she told the LA Times: “What is known is that Morsi suffered from chronic diabetes and was repeatedly denied medical treatment, and was detained in inhumane conditions.”

But to keep the focus narrowly on Morsi, as a person or as a president, is to miss something important, argues Brookings analyst Shadi Hamid. That year may have witnessed unprecedented polarization, fear, and uncertainty, but for that time Egypt was the freest, in relative terms, that it had been since its independence in 1952, he contends. This was not because of Morsi, but because Egypt—with the help of millions of Egyptians—was trying to become a democracy, albeit a flawed one.

“As a president Mohamed Morsi was not very popular among Egyptians — in fact he was unpopular, he was seen as uncharismatic, indecisive, very unsteady,” said Fawaz Gerges, professor of international relations at the London School of Economics. But “his death in a courtroom will humanize him in the eyes of many Egyptians” who do not support the Brotherhood, Gerges told the Times of Israel.

Morsi leaves behind a mixed legacy. As a leader of the Muslim Brotherhood, he was viewed by some as the country’s legitimate president, even after he was ousted. The Brotherhood has drawn millions of supporters worldwide for its blend of religion, social welfare, and political activism, PBS adds.

“The goal [for them] was to see Morsi reinstalled,” said Carnegie’s Dunne, a board member of the National Endowment for Democracy. “Now, that will no longer be possible.”

Morsi’s death is unlikely to signal the eclipse of the Muslim Brotherhood as a political force, observers suggest,

Even the group’s critics suggest taking the long view when considering the group’s future, pointing to the movement’s proven ability to survive for years underground through clandestine networks, The WSJ adds.

“Many have written obituaries for the Brotherhood over the decades,” said Timothy Kaldas a Cairo-based political analyst with the independent Tahrir Institute for Middle East Policy.  “They have all proven to be wrong in the end.”

Morsi’s death is tragic, but we shouldn’t lose sight of the bigger story, said Carnegie’s Dunne. “We’re seeing hundreds of deaths inside Egyptian prisons every year, some of them from actual abuse, mistreatment, torture, and others from bad conditions or denial of treatment.”