One of the most important economic and security topics of our time—kleptocracy and how to mitigate it – can be addressed by using economic transparency, analyst Clay R. Fuller told the US Senate Committee on the Judiciary today. Ending the anonymous shell company is a key first step to combating authoritarian corruption, he said. Over time, beneficial ownership transparency that maintains strict privacy rights will produce the following benefits:

Corruption can be the catalyst for the slippery slope from democracy to authoritarian rule, writes Vox’s Alissa Wilkinson, in a review of a slow-motion real-world horror story – “The Edge of Democracy.”

Petra Costa’s searing and enlightening new documentary, isn’t a work of objective journalism or detached historical scholarship so much as a personal reckoning with her nation’s past and present, AO Scott writes for The New York Times. 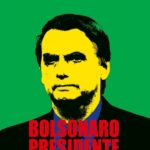 She tells the story of the left-wing political triumph of the Workers’ Party (PT) from the perspective of its aftermath. Former president Luiz Inácio Lula da Silva — a former steelworker and union organizer known as Lula – is serving a prison sentence and his successor, Dilma Rousseff, was impeached in 2017 after both were implicated in the Car Wash corruption investigation. The PT’s culpability facilitated the rise of populism in the shape of Brazil’s current president, Jair Bolsonaro, part of a global trend toward authoritarian, illiberal populism currently flourishing in many other countries, Scott adds