The results of Myanmar’s recent election (above) underscore the gulf between the West, which has fallen out of love with the former democracy campaigner Aung San Suu Kyi over her defense of the military against genocide charges, and Myanmar’s people, who see her as a deity-like figure. Outpourings of joy on the streets of Yangon in recent days mask the reality that the pressing challenges facing the country, also known as Burma, will not see a new approach, The Post reports.

Rather, the landslide for the incumbent National League for Democracy (NLD) will entrench Suu Kyi’s “inclination toward single-party domination,” said Khin Zaw Win, a former political prisoner and analyst. “The NLD has gained a supremacist position,” he said. “That does not bode well for democracy and federalism in our ethnically diverse nation.” 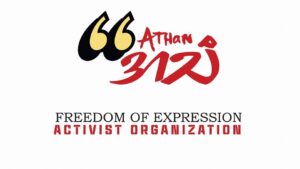 People in Myanmar “voted out of absolute trust and faith in her,” said Richard Horsey, senior adviser on Myanmar for the International Crisis Group. “There is a devotion to her that is still very strong.”

Supporters claim the NLD’s strong showing represents an endorsement of Suu Kyi’s leadership, the Stimson Center adds. Critics point to flaws in the electoral process, including censorship of NLD opponents and disenfranchisement of Rohingyas and other ethnic minorities. How will the NLD’s mandate affect democratic development and progress in the peace process? How should the incoming Biden administration respond to Myanmar?