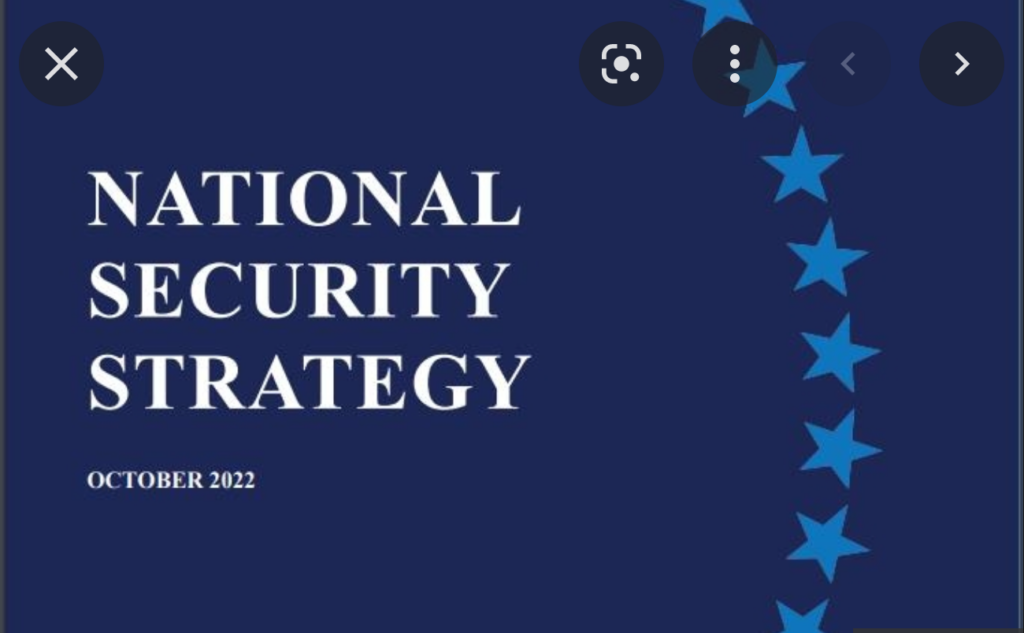 The most pressing strategic challenge facing democracies comes “from powers that layer authoritarian governance with a revisionist foreign policy,” says the Biden Administration’s new National Security Strategy. More specifically, competition with China is the “most consequential geopolitical challenge” of the post-Cold War era.

That era is “definitively over,” the document declares, outlining a dual strategy to energetically compete with autocratic powers like China and Russia — while collaborating on transnational threats like climate change. 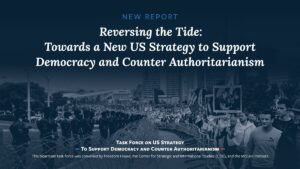 The most pressing problem of this “decisive decade to advance America’s vital interests,” President Joe Biden writes in the preface, comes from “powers that layer authoritarian governance with a revisionist foreign policy.” Yet China “is the only competitor with both the intent to reshape the international order and, increasingly, the economic, diplomatic, military and technological power to do it.”

“Democracies and autocracies are engaged in a contest to show which system of governance can best deliver for their people and the world,” the document states. But democracies’ proven capacity for renewal provides a competitive advantage in this new strategic contest, compounded by the inherent defects of authoritarian rule.

Biden returned to a theme he has established since his second month in office, describing a coming struggle as one of autocracies versus democracies, the Times adds. He said the United States must invest with allies and private industry as part of a Western effort to reduce dependence on adversaries. 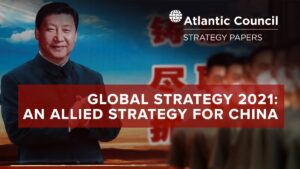 “Our rivals’ challenges are profound and mounting. Their problems, at both home and abroad, are associated with the pathologies inherent in highly personalized autocracies and are less easily remedied than ours,” the document notes. “Conversely, the United States has a tradition of transforming both domestic and foreign challenges into opportunities to spur reform and rejuvenation at home.”

The strategy reaffirms the rationale for the long-standing U.S. commitment to advancing democracy as a tenet of foreign policy.

“Americans will support universal human rights and stand in solidarity with those beyond our
shores who seek freedom and dignity…. [and] work to strengthen democracy around the world
because democratic governance consistently outperforms authoritarianism in protecting human dignity, leads to more prosperous and resilient societies, creates stronger and more reliable economic and security partners for the United States, and encourages a peaceful world order,” the strategy states.

Yet it also concedes that the success of efforts to advance democracy overseas hinges on maintaining domestic institutions and values.

“The quality of our democracy at home affects the strength and credibility of our
leadership abroad—just as the character of the world we inhabit affects our ability to enjoy
security, prosperity, and freedom at home,” it adds. 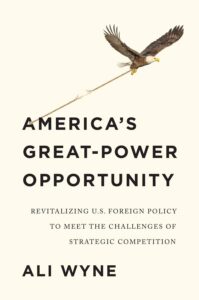 As former National Endowment for Democracy Penn Kemble fellow Ali Wyne​, a senior analyst for Global Macro at the Eurasia Group, observes “the concern of many allies and partners [is] that America’s domestic challenges are constraining its ability to pursue a consistent and constructive foreign policy.”

The strategy implicitly defends U.S. engagement with illiberal or undemocratic regimes in such forums as the Summit of Democracy by insisting that the defense of a “free, open, prosperous, and secure world” requires alignment both with democratic allies and with “countries that do not embrace democratic institutions but nevertheless depend upon and support a rules-based international system.”

“To make our coalitions as inclusive as possible, we will also work with any country that supports a rules-based order while we continue to press all partners to respect and advance democracy and human rights,” it adds.

The strategy is “a solid application of the liberal internationalist tradition in US foreign policy,” says Daniel Fried, a former National Security Council senior director under presidents Bill Clinton and George W. Bush.

The bad news? he writes for the Atlantic Council:

For the first time in the strategy’s history, “technological competition appears center stage in the overarching contest between democracy and autocracy, and not a moment too soon,” says Lindsay Gorman, Senior Emerging Technologies Fellow at the Alliance for Securing Democracy. It recognizes that technology leadership is a new form of national power, vital to ‘Outcompeting China,’ ‘Investing in Our Strength,’ and ‘Shaping Global Rules,’ she adds. Highlighting the US as a home for global innovation talent and our network of alliances and partners, which authoritarian regimes largely lack, the NSS rightfully leans into capitalizing on the strong asymmetric advantages democracies have in this larger fight against autocracy.

The new National Security Strategy is a solid application of the liberal internationalist tradition in US foreign policy, but harder to implement than write @NEDemocracy board’s @AmbDanFried notes for @AtlanticCouncil https://t.co/rPgr1rv58S

“Autocrats are working overtime to undermine democracy and export a model of governance marked by repression at home and coercion abroad,” President Joe Biden writes in the preface to the NSS. “These competitors mistakenly believe democracy is weaker than autocracy because they fail to understand that a nation’s power springs from its people.” 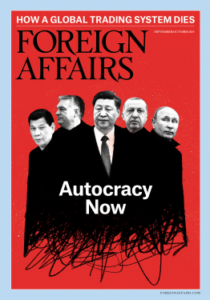 “Russia and the P.R.C. pose different challenges,” he adds. “Russia poses an immediate threat to the free and open international system, recklessly flouting the basic laws of the international order today, as its brutal war of aggression against Ukraine has shown.”

But China “is the only country with both the intent to reshape the international order and, increasingly, the economic, diplomatic, military and technological power to advance that objective,” the president wrote.

“The world is at an inflection point, and the choices we make today will set the terms on how we are set up to deal with the significant challenges and the significant opportunities faced in the years ahead,” national security adviser Jake Sullivan told reporters.

Sullivan said the administration highlighted two major challenges that the national security strategy needed to address. The first is “competition between major powers,” he said, pointing to both economic competition and Biden’s long-running warnings about democracies versus autocracies. The second key challenge is dealing with “transnational challenges” like climate change, food insecurity and infectious diseases, Sullivan added. RTWT 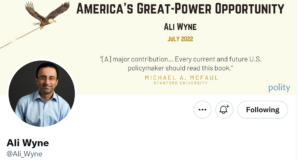 But the strategic consequences of the war in Ukraine are more complex and ambiguous than a polarized conflict pitting democracy against autocracy, argues Eurasia Group’s Wyne, author of the new book, America’s Great-Power Opportunity: Revitalizing U.S. Foreign Policy to Meet the Challenges of Strategic Competition.

Geopolitics is about to get a lot messier because “the degree of unity among advanced industrial democracies is not as great or as enduring as some commentary might suggest,” but the same observation also applies to the strength of the Sino-Russian entente, he tells The Hub’s Rudyard Griffiths.