The United States Strategy on Countering Corruption outlines steps for cracking down on criminal actors and their networks while improving cooperation between federal agencies—including the State Department, Treasury, Commerce and U.S. Agency for International Development—and law enforcement. …. In June Mr. Biden issued a directive to help improve collaboration between government agencies on issues including kleptocracy and illicit finance. This week, in coordination with the democracy summit, the U.S. is expected to levy sanctions against foreign-government officials and people it accuses of corruption and human-rights abuses.

The first-ever United States Strategy on Countering Corruption is aimed at what it calls a “cancer” on free societies. 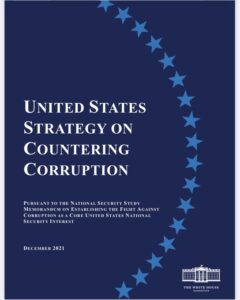 Under the plan, the State Department would lead a Democracies Against Safe Havens initiative that would coordinate with other countries on law-enforcement actions, sanctions and visa restrictions as well as on kleptocracy and foreign bribery, according to the document.

“America is engaged in a clash of civilizations, pitting democracy and the free market on one side against kleptocracy and corruption on the other,” says US Senator Sheldon Whitehouse. “Almost all the international evil that has come America’s way in recent decades has come from regimes outside the rule of law, from terrorist attacks to election subversion,” he writes for the Boston Globe.

Alexandra Dalsbaek’s work of political activism We Are Russia (above) still feels as if it is a work-in-progress beyond its rough and ready look and abrupt jump cuts, John Fink writes for The Film Stage. Filmed by Dalsbaek and often anonymous collaborators, the film highlights the essential work of young activists fighting against Russia’s kleptocracy in a country without freedom of assembly. 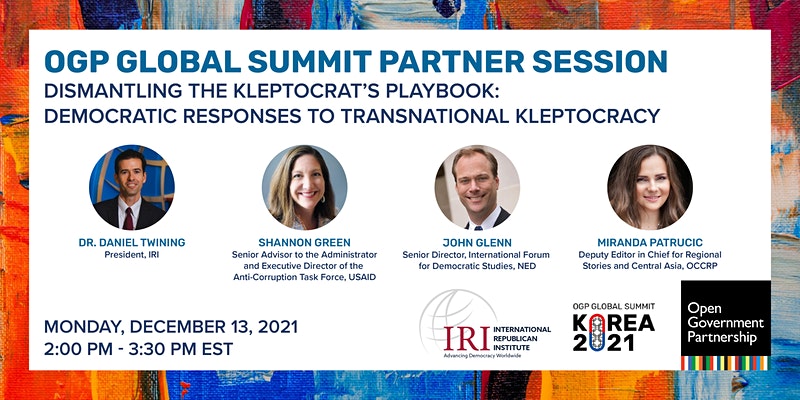