Tuesday is Armenia’s Genocide Memorial Day, when many of the country’s more than 2.6 million people turn out onto the streets, the New York Times adds. It was expected to quickly turn into a vast anti-Sargsyan demonstration that would have been unthinkable to suppress by force, said Aleksandr M. Iskandaryan, the director of the Caucasus Institute in Yerevan.

Sarkisian’s resignation was hailed as “a victory for civil society,” but this was no color revolution, argues analyst Nora Kalinskij.

The leader of the protests last week called it a “velvet revolution,” a reference to the pro-democracy color revolutions of the early 2000s that swept the former Soviet Union and the Balkans. The color revolutions pulled states out of Russia’s orbit. Armenia, however, has nowhere else to go, she writes for Geopolitical Futures:

In the color revolutions of the past, the West offered indirect support to the protesters through vehicles like nongovernmental organizations. Yet there is no overt evidence that the United States or any European countries directly funded or otherwise materially supported the Armenian protests. In fact, no Western government even made statements criticizing Sargsyan or his government. A few Western-funded NGOs went so far as to sign a petition in support of the protests, but this hardly suggests that a dramatic political transformation is imminent. 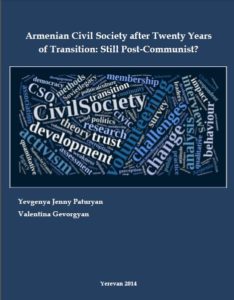 The pressure on Mr. Sargsyan, 63, to resign ratcheted up markedly on Monday after soldiers from one company of the country’s prestigious peacekeeping force, which had served abroad in Iraq, Afghanistan and Kosovo, joined the march in Yerevan in their uniforms, the Times adds.

“All the momentum was with the street,” said Thomas de Waal, an expert on the Caucasus region at Carnegie Europe in Brussels.

“There is a new generation that wants change,” Mr. de Waal said. “The problem is that they do not really have a leader.”

The Washington Post expresses the hope that the Armenian events will increase resistance to the thuggish, corruption-ridden and economically failed model that is Putinism.

But not every post-Soviet revolution is about the geopolitics of Russia, says Carnegie’s de Waal. 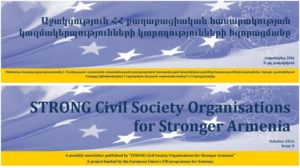 We should not expect this to have geopolitical repercussions beyond Armenia’s borders, nor should we see it as a signal of Russian decline or as a prompt for potential Russian intervention, he writes for Foreign Policy. Sargsyan’s downfall is not about geopolitics. At most, it is a sign that post-Soviet regimes are not as secure as they look from a distance and that the region’s old regimes are perfectly capable of crumbling peacefully without any push from the outside.

Geopolitical trends in the region, notably a Russian-Turkish rapprochement and closer Azerbaijan-Russia relations, have prompted Armenia to seek support from the European Union and the United States, said Miriam Lanskoy, senior director for Russia and Eurasia at the National Endowment for Democracy, the Washington-based democracy assistance NGO.