The British government “actively avoided” investigating the “new normal” of Russian interference in UK politics, according to a highly-anticipated report by the U.K. Parliament  released today,” ABC News reports:

The long-awaited parliamentary report, published after months of delay, is the culmination of two years of fact finding by the U.K. Parliament’s Intelligence and Security Committee (ICS), providing insights on the Salisbury Novichok poisonings, Russian financial influence and social media disinformation. The report said the U.K. was a “top target” for Russian interference. The publication of the report comes a week after security services in the U.S., U.K. and Canada said that Russian hackers had been attempting to hack into global coronavirus vaccine research. 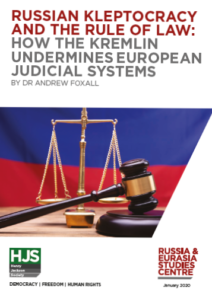 The Russia Report claims the security threat to Western countries posed by Russia is particularly difficult to manage as their aims are “fundamentally nihilistic.”

But it was unforgiving about who is protecting British democracy. “No one is,” the report’s authors said, The Times reports.

The report also said that social media companies “hold the key and yet are failing to play their part”, adding that the government should “name and shame those which fail to act,” the BBC observes.

“Russia seems to see foreign policy as a zero-sum game: any actions it can take which damage the West are fundamentally good for Russia,” the report said. Overall, the ICS assessed Russia’s long term aim as to be seen as a “great power,” reach a level of global influence similar to the former Soviet Union, and preserve the current structure of leadership.

“This level of integration – in ‘Londongrad’ in particular – means that any measures now being taken by the Government are not preventative but rather constitute damage limitation,” the report said.

“The arrival of Russian money resulted in a growth industry of enablers – individuals and organizations who manage and lobby for the Russian elite in the UK. Lawyers, accountants, estate agents and PR professionals have played a role, wittingly or unwittingly, in the extension of Russian influence which is often linked to promoting the nefarious interests of the Russian state,” the committee members added.

“The report missed a trick by not demonstrating how Russian practices are different from + worse than Chinese, Saudi, etc (if they are),” analyst Mark Galeotti, author of The Vory, tweeted. “Let’s address London as a haven for corruption + kleptocracy on its own terms, not just when Russians indulge in it.” 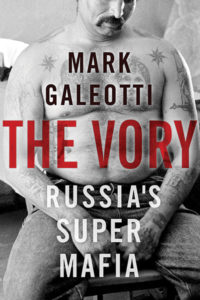 Experts said the report showed parallels between Britain and the United States in the failure to pick up warning signs, but also important differences. The F.B.I. and other American agencies, they said, had investigated election interference more aggressively than their British counterparts, while the British were ahead of the United States in scrutinizing how Russian money had corrupted politics, The Times adds.

“This is one of the pieces that is not really well understood in the U.S.,” said Laura Rosenberger, director of the Alliance for Securing Democracy, which tracks Russian disinformation efforts in the United States. “Whether there is dirty Russian money that has flowed into our political system.”