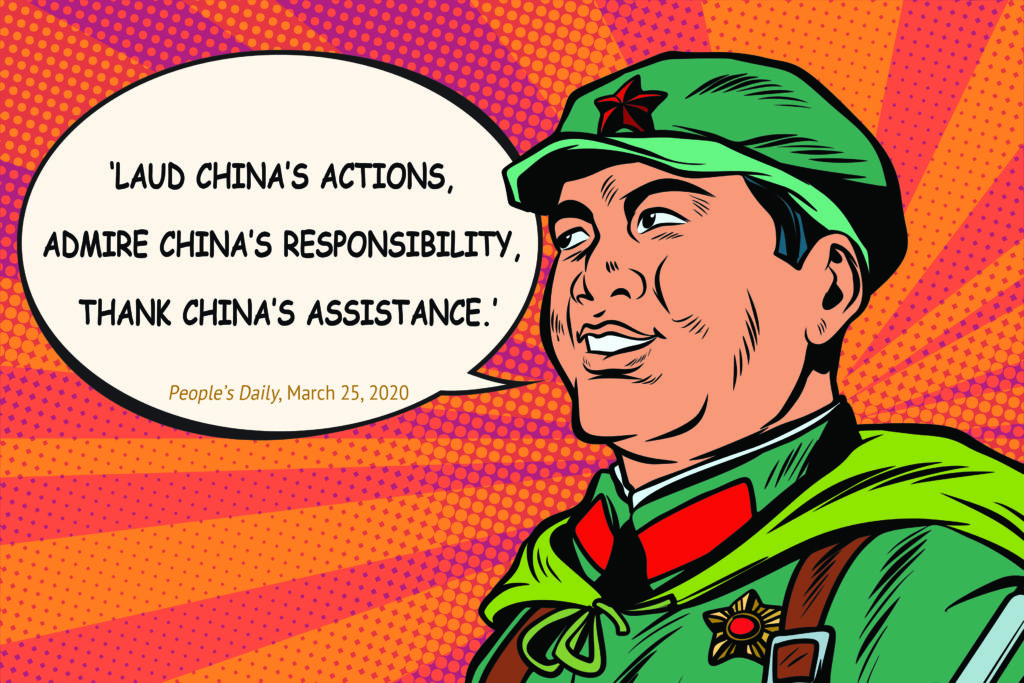 Using Taiwan’s most recent elections as an example to elucidate the nature of Chinese
propaganda and disinformation, a new report identifies China’s motives, tactics, and actors
in its foreign information warfare. Similar to Russia’s, China’s motives are to destabilize
democracy and weaken governance in a target country by sowing doubts and chaos in
its society, undermining its self-confidence, and increasing polarization and disunity, Aaron Huang writes in Combatting and Defeating Chinese Propaganda and Disinformation: A Case Study of Taiwan’s 2020 Elections.

Coined by the National Endowment of Democracy, sharp power is a country’s asymmetric ability to perforate the target country’s political and informational ecosystems, employing the following tactics, he adds:

2) exploit weaknesses in the informational system;

5) obfuscate the attack source through technological, commercial, and legal means; and

6) make the attacks partisan so that one side will at worst not condemn it and at best magnify the effects of its attacks.

Drawing on Taiwan’s success, the author suggests the policy recommendations below for the US State Department’s Global Engagement Center (GEC), ordered by the level of importance (least [1] to most [12]) and implementation ease (easiest [1] to hardest [12]):