A huge fireworks display and subsequent cultural-entertainment program in Sarajevo attended by dozens of Bosnian officials, were a subtle sign of Beijing’s growing imprint on the region, RFE/RL’s Alan Crosby reports:

While the former Yugoslav republics Serbia, Montenegro, Kosovo, North Macedonia, and Bosnia-Herzegovina are all looking down the path of the European Union, China is trying to pave its Balkan Silk Road.

“The fireworks were a small, symbolic example of Beijing’s growing influence in the Western Balkans,” said U.S.-based Balkans analyst Jasmin Mujanovic. “I don’t think ordinary folks in the Balkans realize the extent to which China has, very quickly, become a factor in regional politics. But local elites certainly do.” 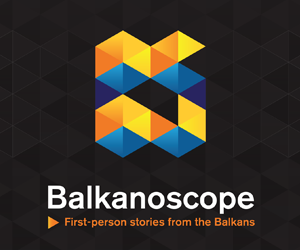 In the last decade, Europe has been roiled by the rise of populism and right-wing radicalism, which greatly resembles the political climate of Europe in the 1930s. The Western Balkans follow this pattern, and Bosnia and Herzegovina is no exception to this trajectory, says Ismet Fatih Čančar. The Bosnian state seems to be involved in an infinite loop of constitutional crisis, from the incompetence of government to the continuous disregard of the rule of law by the same government officials, he writes.

More than twenty years after a devastating war, memories of unspeakable crimes and unaddressed grievances continue to sunder Bosnia and Herzegovina’s fragile society. With few institutional mechanisms to address these challenges, civil society groups such as the Sarajevo-based Post-Conflict Research Center (PCRC) are using storytelling to promote reconciliation, tolerance, and dialogue among the country’s younger generations. With National Endowment for Democracy support, the PCRC produced a four-episode documentary series Ordinary Heroes, which spotlights ordinary people who helped others at great personal risk during the 1992-95 war. The stories serve as the inspiration for PCRC’s nationwide competition that invites young people to identify stories of moral courage in their local communities. 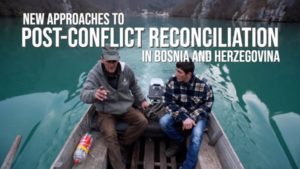 This event will screen one 30-minute episode of the Ordinary Heroes series, followed by a discussion with practitioners and scholars on innovative civil society approaches to promoting reconciliation in post-conflict societies.

invites you to a screening of Ordinary Heroes, a documentary about moral courage during the war in Bosnia and Herzegovina with introductory remarks by

followed by a discussion with

Light refreshments served at 3:45. The screening begins promptly at 4:00 pm.