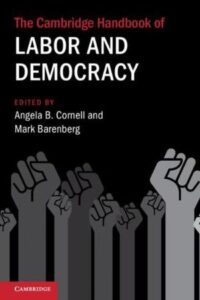 The mobilization of a pro-democracy coalition of trade unions – the Sudanese Professionals Association – raised the profile of student and opposition activists through a public call to spread the demonstrations countrywide, sparking the country’s transition process.

Similarly, Tunisia’s General Labor Union (UGTT) was “at the forefront” of organized civil society’s non-violent mobilization prompted by the self-immolation of street vendor Mohamed Bouazizi, in the city of Sidi Bouzid on December 17, 2010, initiating the ‘Arab Spring.’

It should not be a surprise, since recent research demonstrates that “quotidian civil society organizations” such as labor unions, religious organizations and professional organizations are the most likely to generate democratization.

Labor unions have long been critical actors in advancing, consolidating and defending democratic values and institutions.

The National Endowment for Democracy (NED) Board of Directors has elected a new member, Stuart Appelbaum, to serve a three-year term. A longtime union leader, Mr. Appelbaum is president of the Retail, Wholesale and Department Store Union (RWDSU), which represents 100,000 workers in retail, food processing, and warehouse jobs nationwide, and a vice-president of the national AFL-CIO, the largest federation of unions in the United States. He also serves on the AFL-CIO Executive Council, as co-chair of the AFL-CIO Executive Council Committee on International Affairs. 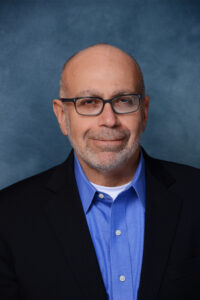 “As a champion of worker rights who has traveled extensively visiting NED-supported Solidary Center programs around the world, Stuart Appelbaum (left) shares a deep commitment to and understanding of NED’s mission,” said NED President and Chief Executive Officer Damon Wilson. “His leadership, international relationships, and expertise will help ensure that the NED continues to support the democratic aspirations of workers around the world.”

Unions are important in democratization processes in large part because they “possess the more general characteristics of a durable mobilization infrastructure” – in other words, they are well-resourced, better-organized, and more representative than many other NGOs that purport to represent civil society.

In some settings, democratic transitions can be initiated when “important political players, such as powerful labor unions or professional associations, begin to stop cooperating with the regime, as happened during the Sudanese revolution of 2019,” Erica Chenoweth wrote for the NED’s Journal of Democracy. 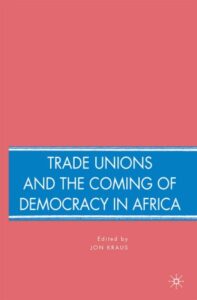 A new book examines organized labor’s role in the historical development of democracy. The contributors to The Cambridge Handbook of Labor and Democracy, edited by Cornell University’s Angela B. Cornell and Columbia University’s Mark Barenberg “analyze recent patterns of democratic erosion, examining its relationship to the political weakening of organized labor and, in several cases, the political alliances forged by workers in contexts of nationalist or populist political mobilization.”

Scholars have long debated whether and how labor contributes to the construction of democratic regimes and the expansion of social citizenship rights, but the current period makes it abundantly clear that democratic advances are always subject to reversal, writes Kenneth M. Roberts. As such, it is imperative to interrogate labor’s role in the defense of democratic rights and liberties, and not merely the introduction or expansion of those rights. These questions call for a multi-dimensional approach to the study of labor’s relationship to democracy, one that explores labor’s role in

(3) defending democracy against its adversaries and authoritarian currents in society.

Labor movements have played a significant role in facilitating democratic transitions through what Guillermo O’Donnell and Philippe Schmitter refer to as the “resurrection of civil society.” 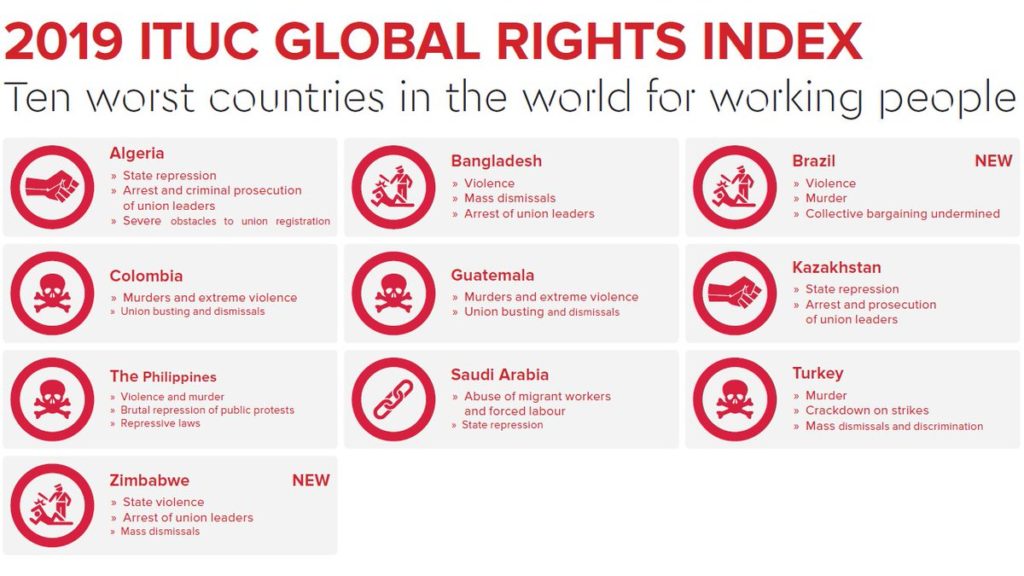 No one suggests that labor movements, or other such organized groups, can by themselves trigger a successful transition, not to speak of carrying it to a successful conclusion, adds analyst J. Samuel Valenzuela. But occasionally labor and other social actors are drawn into formal or informal pacts-whose effects may be more important symbolically than in terms of their overt content-that facilitate transitions.

Moreover, at a certain point virtually all processes of redemocratization include a sharp increase in labor movement activation through strikes and demonstrations, usually in conjunction with a broader upsurge of mobilization by a wide variety of groups, Valenzuela observes.

Authoritarian regimes’ fear of unions’ organizing capacities and the demonstrable democratic thrust of freedom of association was evident today in Hong Kong national security officers’ harassment of former leaders of the Confederation of Trade Unions (CTU), what was the city’s biggest opposition-leaning trade union, The South China Morning Post reports.

Trade unions in many African countries, including South Africa, Zambia and Zimbabwe, played a muscular and seminal role in the late 1980s and early 1990s in mobilizing the mass protests and strikes that led to the overthrow of old authoritarian regimes and ushered in democratic transitions, another analysis concludes.

“In some other countries the unions’ intermittent strike movements and protests were critical in creating, over time, political ‘space’ in which other social and political groups could mount protests and political coalitions. These crystallized in political liberalization and democratization,” notes Jon Kraus, editor of Trade Unions and the Coming of Democracy in Africa. “Moreover, in the post-transition period, trade unions have often continued to play leading roles in public and political life in ways crucial to the vitality of democracy in these countries.” 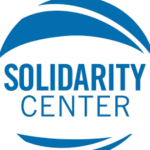 As Myanmar’s military junta marked the first year of its overthrow of the country’s democratically elected government February 1, delegates to a national unity assembly seeking to establish civilian control and return the country to democracy elected a five-member presidium that includes union leader Phyo Sandar Soe, the Solidarity Center reports.

The Industrial Workers’ Federation Of Myanmar, which is leading the Comprehensive Economic Sanctions Campaign, had been working for a year now to oppose the military coup, with strikes and demonstrations that saw workers, and particularly women, in the forefront, Khaing Zar Aung and Cecilia Brighi write for Open Democracy. Recent research from the Economic Policy Institute established that unions are not only beneficial for workers, they’re also good for communities and for democracy. High unionization levels are associated with positive outcomes across multiple indicators of economic, personal, and democratic health, the report contends.

“The strong relationship between union density and a range of economic, personal well-being, and democratic outcomes is consistent with the idea that unions focus the political power of
workers and result in the advancement and defense of policies that benefit the broad interests of workers, their families, and their communities,” the authors conclude.