COVID is no longer a public health issue in China, but a political issue through which President Xi Jinping tried to showcase the superiority of the ruling Communist Party’s governance model, says a leading expert.

“I think the Chinese Communist Party’s legitimacy is really going to suffer, right, because public trust has been so much eroded in the last couple of weeks, with the protests, as well as the 180-degrees reversal,” University of Toronto professor Lynette Ong told PBS’s Judy Woodruff. 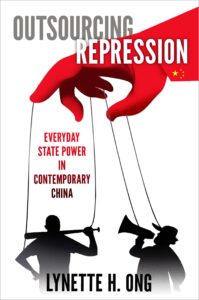 “The reversal in rhetoric, telling people that COVID is really dangerous, and overnight saying that there’s nothing to be worried about, I think Chinese people is not one to be — to be easily fooled,” said Ong, author of Outsourcing Repression: Everyday State Power in Contemporary China.

The ruling Communist Party relies on “grassroots brokers to do everything from A to Z,” she tells Democracy Paradox:

These people who are on the front line interact with citizens all the time. They impose all sorts of demands and compliance on the citizens. Moreover, you see widespread compliance, because they’re trusted by the citizens, residents, committees, volunteers, and community people. They interact with the citizens on an everyday basis. So, in the aftermath of zero Covid, when you had so many clashes and disagreements with these grassroots brokers for three years, I would imagine the social fabric of the society is torn because these people are part of society. RTWT

The recent protests were unprecedented, it “remains highly unlikely that they will bring down the regime at this point, but they signaled the end of the governance model that has served China so well for decades,” Ong wrote in Foreign Policy.

Nevertheless, things are changing within China at a fundamental level, she told BNN Bloomberg.