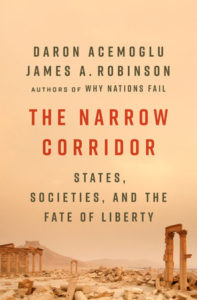 The post-war institutional arrangements at domestic and supranational levels worked exceptionally well, ushering in four decades of democratic flourishing, international peace, macroeconomic stability, and widespread prosperity. Never before have so many countries enjoyed such fast, broadly shared, and simultaneous economic growth, notes Daron Acemoglu, Professor of Economics at MIT, and co-author (with James A. Robinson) of Why Nations Fail: The Origins of Power, Prosperity and Poverty and The Narrow Corridor: States, Societies, and the Fate of Liberty.

Will the pandemic be the wake-up call that prompts democratic governments to develop a new social contract for the twenty-first century? he asks for Project Syndicate:

The experience of post-war Europe shows that to build effective institutions, there first must be a shared vision. Yet that is precisely what the international community currently lacks. Making matters worse, already weakened multilateral institutions are likely to suffer even more in the near future, as the allocation of COVID-19 vaccines deepens existing fault lines between countries and regions.

From crisis comes opportunity, which is why the labour movement is calling for a New Social Contract – with no exclusions, adds the Solidarity Center (below), a core partner of the National Endowment for Democracy (NED). 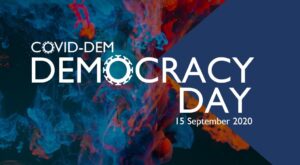 Growing inequality and the hollowing out of a thriving middle class — trends exacerbated by coronavirus — risk undermining constitutional democracy and bring the danger of plutocracy and social and economic dysfunction, argues Martin Wolf, the FT’s chief economics commentator. How can the citizens of western democracies act together to ensure that democracy itself has a future? Democracy’s future depends on renewing citizenship, he contends in the first of a new series on reviving the social contract.

During the Covid pandemic, Germany’s low fatality rate (compared to the other West European countries) owes much to the same non-populist, solid social contract, where the state acts on evidence and broad consultation, the citizens trust it to do so and the public and private sector, as well as different branches of government, cooperate well, the Hertie School’s Alina Mungiu-Pippidi adds.

An innovative approach to technology would “enable the citizens to look at a smart social contract and to reawaken that sleeping giant democracy, which can only work when it has us as citizens, us as humans at its back,“ says Lord Holmes of Richmond, sitting member of the House of Lords, the upper chamber of the U.K. Parliament, and a leader in areas of citizen’s data and privacy rights in the new digital world.

The pandemic is a test of a country’s health and the norms which hold it together, The Atlantic’s Tom McTeague contends. The emerging challenge for Western democratic states is to devise a new social contract between the state and its citizenry. 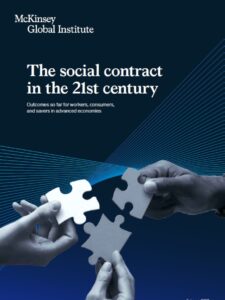 Broadly, individuals have had to assume greater responsibility for their economic outcomes, notes a recent McKinsey analysis. While many have benefited from this evolution, for a significant number of individuals the changes are spurring uncertainty, pessimism, and a general loss of trust in institutions.

The stability of the postwar ancien régime rested on a social contract that underwrote steady rises in living standards, adds Wolf’s FT colleague Phillip Stephens. This varied among nations, was far from perfect and never universal, but its legitimacy was rooted in a broad perception of “fairness”. Successive generations could expect to be more prosperous than the last. Trust collapsed with the 2008 crash and the austerity-induced recession that followed, he writes:

A new social contract would start with policies to reward enterprise but punish rent-seeking, shift the burden of tax away from income and towards accumulated capital and establish job and income protections to boost productivity. Measures to cut fiscal deficits cannot be at the expense of education and training strategies to fit changing demands for skills. We all pay a price for low wages and zero-hours contracts.

From crisis comes opportunity, which is why the labour movement is calling for a #NewSocialContract – with no exclusions. Read @shannonlederer ’s and Neha Misra’s passionate plea for decent work for all.@SolidarityCntr @AFLCIO @GCMigration @ituc https://t.co/ao8jwT65dT

Will the pandemic be the wake-up call that prompts democratic governments to develop a new social contract for the twenty-first century? Daron @NarrowCorridor Acemoglu asks in @ProSyn https://t.co/jLBsRJ7fJB