The threat of authoritarian populism will not recede unless a new generation of political leaders offers a credible agenda for improving people’s lives that is more appealing to the public than the populist alternatives, according to a new report.

The defense and rebuilding of democratic politics and discourse, however, requires sustained intellectual engagement. It demands a reinvigorated case for how liberal democracy, openness, pluralism, and a rules-based international order can deliver on the promise of shared prosperity and common security, say Vikram Singh, Dalibor Rohac, and Danielle Pletka , the authors of Partnership in Peril: The Populist Assault on the Transatlantic Community. 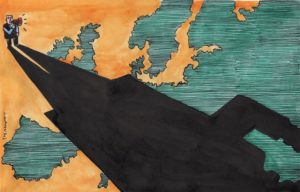 Populism, in and of itself, is not inherently bad, the report suggests:

However, authoritarian populists who deny their political opponents’ legitimacy and divide society into a group of good, ordinary people and a corrupt, out-of-touch elite pose a threat to democracy and tend to degrade democratic institutions once in power. In Turkey and Hungary, for example, populist leaders have subverted independent institutions and weakened checks on executive power.1 Beyond frequently attacking domestic media, stacking their courts, and oppressing political opposition, authoritarian populists also often rail against multinational organizations and agreements.2

The report – a joint initiative of the Center for American Progress and the American Enterprise Institute – examines how populism on both sides of the Atlantic has weakened core transatlantic institutions such as the European Union (EU) and North Atlantic Treaty Organization (NATO) and emboldened the West’s adversaries, including Russian President Vladimir Putin.

“People of good will, whether among populist upstarts, established political parties, or elsewhere, will not succeed in building lasting institutions without a clear admission of the rickety and inadaptive nature of certain postwar structures,” the authors conclude. “But refreshing and reforming them has never been a priority, and it should come as no surprise that their weaknesses and failings have been exploited by opportunists and adversaries, not to mention legitimate claimants who sense their institutions have failed them.” RTWT