The latest Freedom in the World report – compiled by more than 100 experts and drawing on data from 209 countries – describes an “ominous” global erosion of democratic values and practices for the 13th consecutive year.

“That means every year for the past 13 years, there have been more countries experiencing declines in civil rights and civil liberties than those that have improved,” Freedom House president Michael Abramowitz told a Democracy in Retreat panel discussion at Johns Hopkins-SAIS. 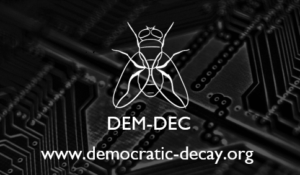 A new special issue of the ANNALS of the American Academy of Political and Social Science (January 2019) is devoted to polarization as a key threat to democracy, notes the Democratic Decay Resource (DEM-DEC). The issue, edited by Jennifer McCoy and Murat Somer, covers polarization in a range of states, including:

The editors’ conclusions to this thought-provoking collection are highly insightful, DEM-DEC adds:

We find that the emergence of pernicious polarization (when a society is split into mutually distrustful “Us vs. Them” camps) is not attributable to any specific underlying social or political cleavage nor any particular institutional make-up. Instead, pernicious polarization arises when political entrepreneurs pursue their political objectives by using polarizing strategies, such as mobilizing voters with divisive, demonizing discourse and exploiting existing grievances, and opposing political elites then reciprocate with similarly polarizing tactics or fail to develop effective nonpolarizing responses.

DEM-DEC also cites the latest issue of the Journal of Democracy, published for the National Endowment for Democracy by the Johns Hopkins University Press through Project MUSE.