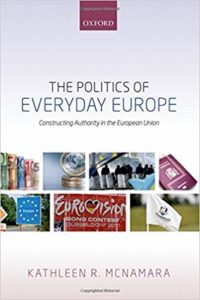 This week’s elections for the European Parliament starkly demonstrate the limits of traditional European parties and their policies — and the splintering and polarization of the electoral base across Europe, argues Kathleen R. McNamara, professor of government and foreign affairs at Georgetown University. However, it also indicates a new, if disruptive, re-engagement by citizens in politics. The European Union is becoming politicized in ways that will help realign party politics and strengthen E.U.-level democracy — albeit only after a long and fraught process, she writes for the Post’s Monkey Cage blog:

These national elections, taken together, suggest that the European Parliament will be balanced across a dramatically different swath of ideologies and interests. The center-right and center-left parties that once dominated the European Parliament have shrunk as both Euroskeptic parties on the right, and liberal and green parties on the left, fill the seats that were occupied by the politicians of the past. The center is weaker — but neither the right nor the left has won. 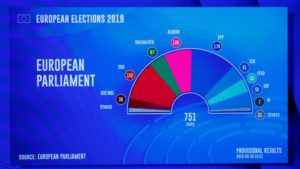 “There was no breakthrough of the populist, right-wing, anti-immigration forces,” said Peter Kreko, executive director of Political Capital, a Budapest research and consulting firm [a partner of the National Endowment for Democracy]. “The big dreams of a huge euroskeptic group seem to have been rather idealistic,” he told AP.

The long history of national political development suggests that the European Union will only become a full democracy if its politics are rebuilt to focus on better representing and serving E.U. citizens, adds McNamara, the author of “The Politics of Everyday Europe: Constructing Authority in the European Union.” The politicization of the European Union may be one stage on a journey toward that democratic end point, although the immediate politics are likely to remain divisive and uncertain in comparison with the stability of the postwar order, for a long time to come.