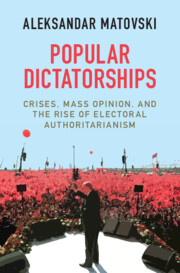 The key to understanding why Vladimir Putin invaded Ukraine does not necessarily lie in its foreign policy, but rather in its domestic politics, according to Aleksandar Matovksi, assistant professor in the Department of National Security Affairs at the Naval Postgraduate School (NPS) and Associate at the Davis Center for Russian and Eurasian Studies at Harvard University.

“Most importantly, the share of Russians who wanted Putin to leave office after the end of his current term was trending to surpass those that wanted him to stay,” he explained to NPS’s Matthew Schehl. “As Putin faced the 2024 election … [And] because constitutional changes had effectively abolished term limits for him, the population was exhibiting very clear signs of ‘strongman fatigue.’”

“Against this backdrop, Putin had very few options to try and resurrect his appeal except by starting another conflict,” he added.

In his new book, “Popular Dictatorships: Crises, Mass Opinion, and the Rise of Electoral Authoritarianism”, Matovski critically examines the rise and dynamics of regimes like Putin’s Russia, electoral autocracies that adopt the veneer of democratic institutions only to subvert them to effectively rule as dictatorships. 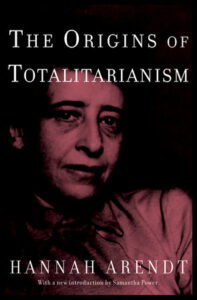 “The most underappreciated aspect of electoral authoritarianism …. was how much these autocracies depended on popular consent to their rule,” he continued. “Operating under the tacit assumption that ordinary people can only be brainwashed, repressed or bribed into supporting autocracy, we have collectively failed to realize that elected dictators are primarily sustained by their genuine strongman appeal, which allows them to attract mass support, and divide their opponents.”

“In ‘Popular Dictatorships,’ I argue that sustaining this appeal is the main imperative of electoral autocracies, and the key driver of their behavior – particularly their aggressive behavior at home and abroad.” RTWT