What was Taiwan’s secret political formula that empowered its democratic transformation, so that by 2021 the island country was hailed as “beacon of democracy in Asia,” in the “Democracy Index”, ranked number eight, ahead of the United Kingdom (18), France (22) and the United States (26)? Taiwanese analyst Song-Chuan Chen explains.

Safeguard Defenders, a Madrid-based human rights NGO, has opened a new office in Taiwan. In an announcement published on Monday (May 17), Safeguard Defenders wrote that the Taipei office is its first in Asia, Taiwan News reports. “With our focus on the decline in human rights in China and other authoritarian states in the region, Taiwan was an obvious choice because of its open society and geographic proximity.”

It added that as a “progressive democracy” that emerged from an authoritarian past, the country “has now become a popular base for civil society and media, particularly as Hong Kong’s human rights situation rapidly deteriorates under Beijing’s control.” 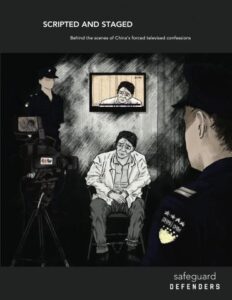 Last November, Safeguard Defenders issued a report (right) revealing that China “hunted” over 600 Taiwanese around the world between 2016 and 2019, extraditing or deporting them from countries across Asia, Africa, and Europe to China.

Damon Wilson, President and CEO of the National Endowment for Democracy (NED), met with President Tsai Ing-wen in March to announce plans for the endowment to work with Taiwanese civic groups, like the Taiwan Foundation for Democracy, on the 11th Global Assembly of the World Movement for Democracy to be held on the island from Oct. 24-27 this year.

As recently reiterated by President Joe Biden, US policy towards the Indo-Pacific is intended to promote both democracy and a new economic framework for the region, as well as to maintain longstanding American commitments to Taiwan, the Global Taiwan Institute (GTI) reports. In this spirit, a forthcoming report by the GTI titled “US-Taiwan Relations in the 21st Century: Building the Foundation for a Global Partnership” examines ways that the United States—in consultation with Taiwan and like-minded partners—can help Taiwan strengthen relations with its diplomatic and non-diplomatic partners, actively participate in international organizations, and expand its regional and global economic ties. 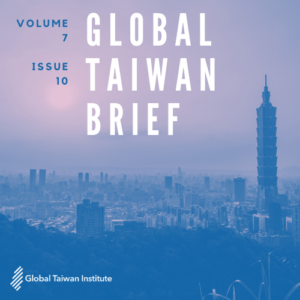 Opening Remarks: Ambassador Bi-khim Hsiao assumed her position as Taiwan’s representative to the United States in July 2020, after serving as a senior advisor to the president at the National Security Council of Taiwan. Panelists: Ambassador Kurt Tong is a partner and member of the Executive Committee at The Asia Group, where he leads the firm’s work in Japan and Hong Kong, and on East Asia regional policy matters. Prior to joining The Asia Group, Ambassador Tong served as consul general and chief of mission in Hong Kong and Macau, leading US political and economic engagement with that important free trade hub. Riley Walters is deputy director of the Japan Chair at Hudson Institute, as well as a senior non-resident fellow at GTI. He was formerly the senior policy analyst and economist in The Heritage Foundation’s Asian Studies Center and a former Penn Kemble Fellow with the National Endowment for Democracy. Robert Wang is a senior associate at the Center for Strategic and International Studies (CSIS) and an adjunct professor at the Georgetown University School of Foreign Service, as well as a member of GTI’s Advisory Board. Wang was a career foreign service officer in the US Department of State from 1984 to 2016. Moderator: Russell Hsiao is the executive director of GTI, senior fellow at The Jamestown Foundation, and adjunct fellow at Pacific Forum. He is a former Penn Kemble fellow at the National Endowment for Democracy and visiting scholar at the University of Tokyo’s Institute for Advanced Studies on Asia.

The event webcast will be broadcast live and YouTube on Wednesday, May 25 at 9:30 AM (ET). Register for the event here. Questions for the panelists may either be sent by e-mail to contact@globaltaiwan.org or through the chat function on the YouTube page.