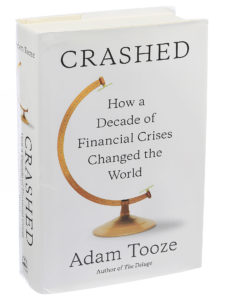 The process set in train by the September 2008 collapse of Lehman Brothers has produced two big losers — liberal democracy and open international borders. The culprits, who include bankers, central bankers and regulators, politicians and economists, have shrugged off responsibility, according to FT analyst Philip Stephens.

The ‘hard working classes’ so beloved of politicians were the victims of the crash, he adds:

Historians will look back on the crisis of 2008 as the moment the world’s most powerful nations surrendered international leadership, and globalisation went into reverse. The rest of the world has understandably concluded it has little to learn from the west. Many thought at the time that the collapse of communism would presage the permanent hegemony of open, liberal democracies. Instead, what really will puzzle the historians is why the ancien régime was so lazily complacent — complicit, rather — in its own demise. 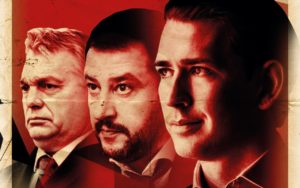 Not so, argues his FT colleague Janan Ganesh. Modern populism was not born in 2008. Like the raising of a vein, the crash just brought to the surface what was already extant and pumping. Populists weaponized a popular suspicion of political elites that long predates Lehman, he contends:

The most telling chart in American opinion data tracks public trust in national government since the middle of the previous century. Compiled by the Pew Research Center, it shows the people and their rulers united in almost gooey rapport well into the 1960s. Some 77 per cent of Americans trusted the government in 1964, the year before President Lyndon Johnson sent ground forces to Vietnam. The level of trust was down to less than half that a decade later. After Watergate, it fell still lower at the turn of the 1980s and sagged to 18 per cent last year.

Does Europe have an alternative to populism? Carnegie Europe asks.

Alas, no—not yet, says Rosa Balfour, Senior fellow in the Europe Program at the German Marshall Fund of the United States:

Europe does not so much need an alternative to populism but how to produce policies that are popular. The focus on austerity management in the eurozone fuels populism.   Populism dries up when policies supporting economic growth and social justice have priority.