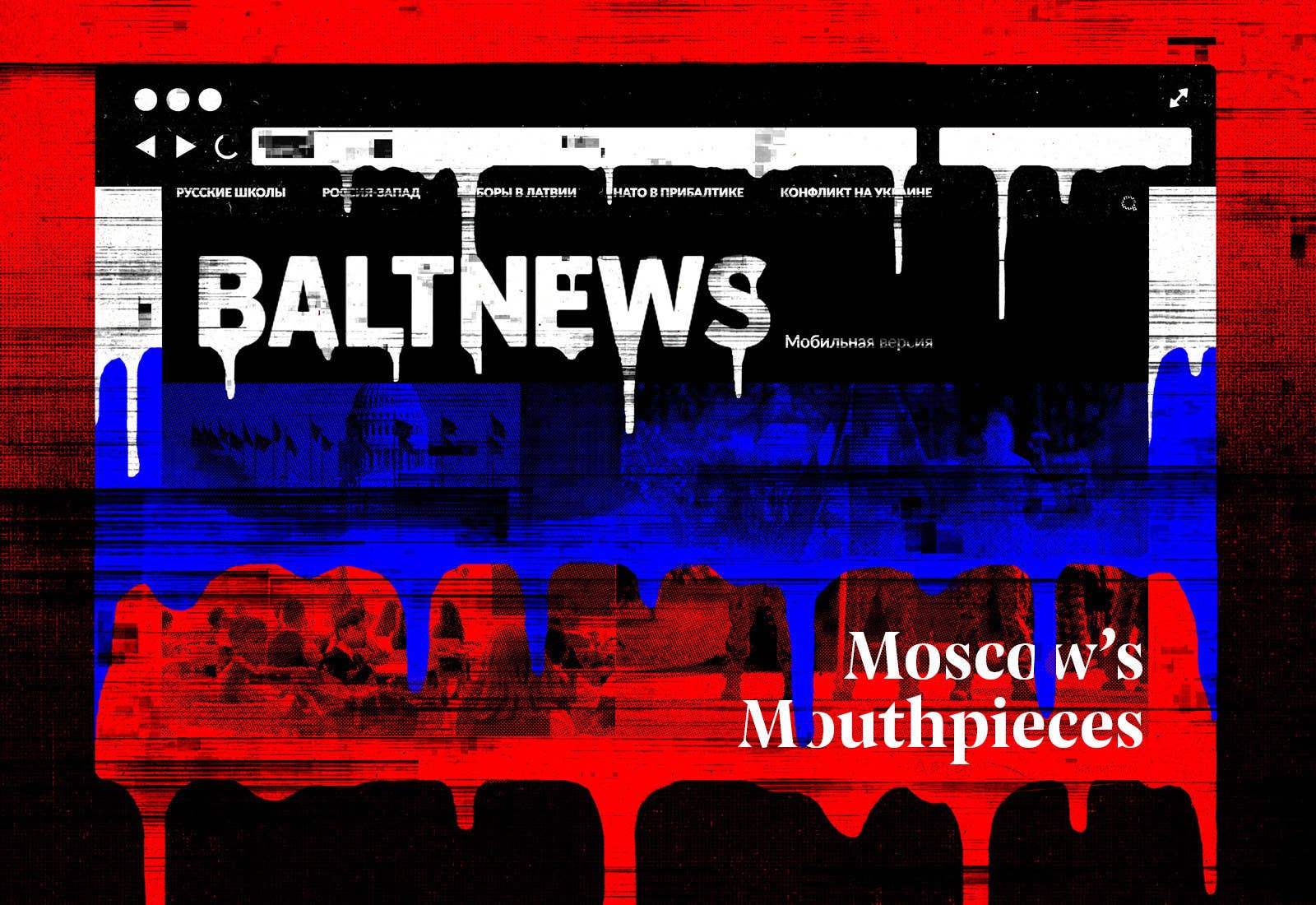 The Russian government discreetly funded a group of seemingly independent news websites in Eastern Europe to pump out stories dictated to them by the Kremlin, BuzzFeed News and its reporting partners reveal:

Russian state media created secret companies in order to bankroll websites in the Baltic states — a key battleground between Russia and the West — and elsewhere in Eastern Europe and Central Asia. The scheme has only come to light through Skype chats and documents obtained by BuzzFeed News, Estonian newspaper Postimees, and investigative journalism outlet Re:Baltica via freedom of information laws, as part of a criminal probe into the individual who was Moscow’s man on the ground in Estonia.

The Skype logs and other files, obtained from computers seized by investigators, reveal the secrets and obfuscating tactics used by Russia as it tries to influence public opinion and push Kremlin talking points. The websites presented themselves as independent news outlets, but in fact, editorial lines were dictated directly by Moscow.

The scheme and others like it are “systemic information-related activities on foreign territory. In other words — information warfare,” said Raul Rebane, a leading strategic communications expert in Estonia. RTWT

Fight clubs, neo-Nazi soccer hooligans, and motorcycle gangs serve as conduits for the Kremlin’s influence operations in Western countries, according to MICHAEL CARPENTER, Senior Director at the Biden Center for Diplomacy and Global Engagement at the University of Pennsylvania.

After the Kremlin accelerated its covert war against Western democracies in the aftermath of its invasion of Ukraine, Russia’s intelligence services dramatically ramped up their “active measures” (in Russian intelligence jargon, aktivnyye meropriyatiya or “active measures” refers to a broad range of covert influence and/or subversive operations) using radical-right and fringe groups. These groups serve as the perfect unwitting agents to accomplish Moscow’s twin goals of destabilizing Western societies and co-opting Western business and political elites, he writes for The Atlantic:

It may seem implausible that Russia’s secret services could recruit or radicalize skinheads or social outcasts in the West. The Kremlin can easily argue that whatever ties exist between far-right groups in Russia and the West occur spontaneously, and have no connection to the Russian state. But whether it be Serb ultranationalists in Montenegro or neo-Nazis in Hungary, the hand of Russia’s intelligence services has in many cases already been exposed. Russia’s ongoing war in eastern Ukraine, waged using separatist proxies under the firm command and control of the Russian military, has provided a convenient recruiting ground for right-wing fanatics from Brazil to Belarus.

Although the vehicle of social media has certainly increased the speed by which disinformation reaches its recipients, Russian President Vladimir Putin’s efforts to sow internal division among his adversaries is in no way a novel undertaking, and western leaders should be hesitant to paint Russian propaganda as an earth-shaking revelation in the 21st century, says analyst Michael P. Ferguson. This isn’t a reinvention of Russia’s unconventional warfare paradigm; it’s a continuation of it. 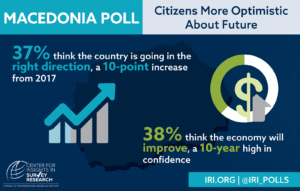 Russian influence operations in Macedonia aimed at fomenting unrest and anti-Western sentiment have been unsuccessful, judging by the results of a new nationwide poll by the International Republican Institute’s (IRI) Center for Insights in Survey Research. The survey reveals increasing levels of optimism and support for joining the European Union (EU) and the North Atlantic Treaty Organization (NATO) ahead of the September 30 referendum.

“As Macedonia approaches this important referendum, the support for a compromise solution on the name dispute that opens the door to EU and NATO membership indicates a strong preference for transatlantic institutions,” said Paul McCarthy, IRI Acting Regional Director for Europe.

These are isolated polls, of course, but they do at least raise a question about the enduring appeal of Russia’s system of personalized power, which aims to contain a “liberal” civilisation depicted as a threat to the Russian state, notes Lilia Shevtsova, a former Reagan-Fascell fellow at the National Endowment for Democracy.

The Kremlin faces a dilemma. On the one hand, it has to amplify the idea of a western “threat” because it has no other source of legitimacy, she writes for The Financial Times. On the other, it is keenly aware of the consequences of further confrontation for the Russian economy, the future health of which depends so heavily on western financing and technology.

“Lebanon, still strongly associated to the West, is one certainly symbolic piece of (Russia’s) broader desire to remodel the world governance,” says Julien Nocetti, a specialist in Russia’s role in the Middle East. The aim, he says, is to hasten “the coming of a post-West world order.” 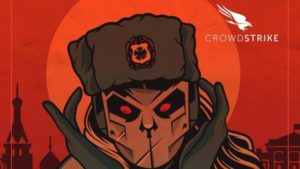 But Ukraine is struggling to counter Russia’s digital onslaught, she writes for the Council on Foreign Relations.

If Russian disinformation seeks to divide the west, then reinforcing western cohesion by supporting the Strategic Communication Center of Excellence is a priority, adds Ferguson. Western leaders should recognize that Putin, in the midst of his many domestic challenges, is playing a long game of political will with which he is intimately familiar.

It would be a mistake, however, to think that the partnerships between the Kremlin and “uncivil society” groups are always marriages of convenience. Many are genuine partnerships based on a shared aversion to liberal democracy and a desire to undermine it, the Biden Center’s Carpenter adds: