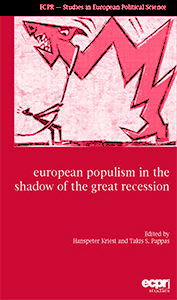 The historical record since 1945 gives us a picture of how populists operate once they hold political power. The record shows that populism is inimical to liberal democracy, and not a corrective to some of its failings, argues Takis S. Pappas, the coeditor (with Hanspeter Kriesi) of European Populism in the Shadow of the Great Recession (2015).

Once in office, populist parties invariably establish an illiberal order that displays four characteristics, he writes in Populists in Power, an article for the Journal of Democracy:

Populists in power tend to display strong resilience as long as the above characteristics are in place. But if one or more of them cease to exist, a populist-run nation will follow one of the following pathways:

1) Populism entrenches itself and becomes systemic, inducing liberal parties to shift in a populist direction;

2) populism turns into outright autocracy; or

3) populism is defeated at the polls by liberal forces, which return to power.

With all this in mind, it is hard to be optimistic about the future of countries that have experienced populist rule. Is it, then, impossible to pull populist-ruled countries back from the illiberal brink? Pappas asks:

The only glimmer of hope among our cases comes from Ecuador. Even though the post-Correa liberalization occurred only recently, it shows that transitions from populist to liberal rule can take place. But to succeed, such transitions require a leader who is animated by pragmatism, has the determination to rely on institutions, and is able to turn a deaf ear to any siren song claiming that illiberalism is a better method of governing.

The JOD article draws on Pappas’s Populism and Liberal Democracy: A Comparative and Theoretical Analysis (2019).