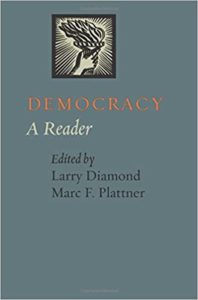 The Indian economist Amartya Sen insisted on democracy as a universal value (in a Journal of Democracy reader, left). He also observed that democratic governance is the best antidote to the destructive effects of famine in developing countries. In a similar vein, democratic governance should — ideally — immunize us against the devastatingly unequal effects of the COVID-19 pandemic, notes Cécile Laborde, Nuffield Professor of Political Theory at the University of Oxford.

Some radical thinkers, such as the influential Italian philosopher Giorgio Agamben, have recently claimed that states of emergency are the permanent condition of modern political life, regardless of regimes. This, however, ignores the difference in the quality of freedom between democratic and authoritarian states, she writes in Liberty in the Time of Corona. 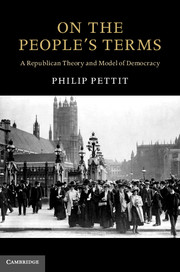 Laborde highlights the distinction between liberty as non-interference, which assumes that someone is free insofar as no one interferes with the choices one can make, and liberty as non-domination, which stresses that one is free to the extent that others do not exercise arbitrary power over one, that power exercised over citizens was a power that citizens ultimately controlled, power exercised “on the people’s terms,” according to the civic republican Philip Pettit (right). But how can we best preserve liberty as non-domination in today’s increasingly restrictive state of emergency? Laborde asks:

One problem is that the conditions of democratic resilience have slowly been eroded over the last couple of decades in existing democratic states, she adds. RTWT

Ultimately, the Western Balkans’ response to the Covid-19 crisis has made two things painfully obvious, she writes for the LSE’s EUROPP blog: 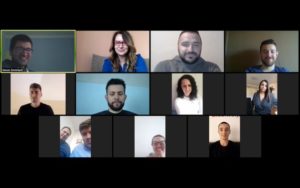 Beyond the direct impact of the Covid-19 crisis, the countervailing force of authoritarian powers may be the best explanation for the uneven success of the EU’s democracy promotion efforts in the Western Balkans, Wunsch concludes.

The self-employed are a big part of Bosnia’s service sector but don’t benefit from labor protections and fall into the gray economy. Group 9 (right) is out to change that with legislation to create solid jobs for young people, NDI’s Robert Benjamin tweeted, citing support from the National Endowment for Democracy.