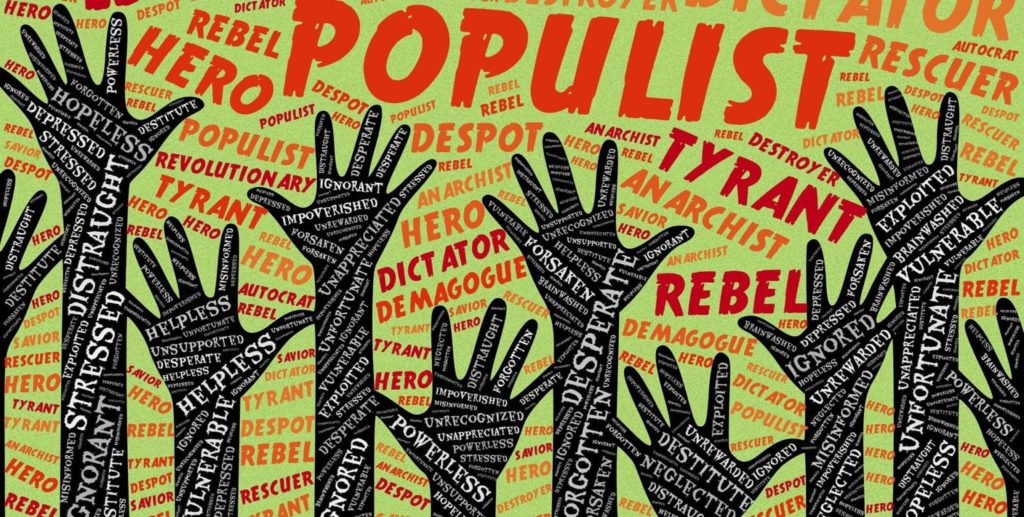 Populism is not hospitable to grand strategy, they write for Foreign Affairs:

Is there a recipe for defeating a populist? @FMichaelWuth and @MelvynIngleby ask in an article for the National Endowment for Democracy’s @JoDemocracy, “The Pushback Against Populism: Running on ‘Radical Love’ in Turkey.”

The conservative writer Bret Stephens recently defined populism as the triumph of democracy over liberalism, by which he meant the triumph of majoritarian democracy over its liberal constraints, adds Princeton University’s Michael Walzer. Liberal democracy sets limits on majority rule—usually with a constitution that guarantees individual rights and civil liberties, establishes an independent judicial system that can enforce the guarantee, and opens the way for a free press that can defend it. Majorities can only act, or act rightly, within constitutional limits.

Most of uses of the adjective “liberal” are not relevant today. But {some} seem to me not only relevant but critically important for contemporary politics, he writes for Dissent: