My column this week: Peru is heading towards a dangerous new populism https://t.co/m3cMa5pb7z

In her 2017 book, Democracy: Stories From the Long Road to Freedom, former U.S. secretary of state and national security advisor Condoleezza Rice described populism, nativism, isolationism, and protectionism as the “four horsemen of the apocalypse.” 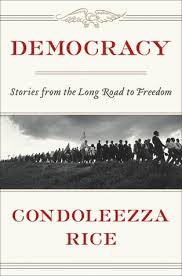 “Populism is not actually anti-democratic,” she insists. “It can lead to anti-democratic tendencies, but it is anti-institutional. And so it says those institutions, those elites, they don’t believe in you. They don’t have your interest at heart. They only have their interest at heart,” Rice tells the Bush Institute’s Lindsay Lloyd, Chris Walsh, and William McKenzie:

Democracies are going to have to go back to first principles about things like, how do they give opportunity to as many people as possible, knowing now what we know about the divisions and the inequalities that we’ve faced. But I also hope we realize you can’t spend forever….Democracies like the United States and Great Britain will be fine. I worry about the unconsolidated democracies, the younger democracies, where the temptation for continued authoritarianism might be even pushed further in places like Hungary.

Peru is heading towards a dangerous new populism, The Economist reports. The Covid crisis has exposed shortcomings in economic policies, as well as in the state. There are too many de facto monopolies. But they need intelligent regulation, not persecution. “For the first time in 20 years populism is gaining strength to the point that it could govern the country after the election,” fears Carlos Basombrío, a political consultant. RTWT

Today, the European Union’s 27 nations include two authoritarian regimes, Poland’s and especially Hungary’s, which has closed an entire university, and which operates, directly or through regime-linked companies, 90 percent of the nation’s media, The Post’s George Will observes, in a review of Anne Applebaum’s “Twilight of Democracy”:

Writing in the National Endowment for Democracy’s Journal of Democracy (“Reclaiming the Politics of Emotion”), Jaroslaw Kuisz and Karolina Wigura, both Poles, note that populists have sensed “that a feeling of loss is today the dominant collective emotion.” This is particularly so in Eastern Europe, where tumultuous change followed the cracking of the concrete that communism had poured over society.

With the role of expertise in public life now squarely in the crosshairs of populist suspicion, the relationship between participatory democracy and technocratic consultancy is a vexed question, Scott McLemee writes in a review of Reconstructing Democracy: How Citizens Are Building From the Ground Up by Charles Taylor, Patrizia Nanz and Madeleine Beaubien Taylor,  published by Harvard University Press.

In assessing the malaise of liberal-democratic societies, the authors present a familiar list of symptoms: cynicism, xenophobia, demagoguery, withdrawal into enclaves of the like-minded. And the diagnosis on offer here is indistinguishable from what can be found in hundreds, by now perhaps thousands, of other recent books, he notes.

“For democracy to really work,” argue Taylor et al., “there has to be a continued connection between [representative] institutions and the goals and requirements of citizens.” But “the political inefficacy of the communities feeds back and reinforces the original erosion of the local political community. This results in a fundamental decline in voters’ understanding of the mechanisms of change, of how they might collectively take their fate into their own hands …”