The rise of populism in the West and the rise of China in the East have stirred a debate about the role of democracy in the international system, The Brookings Institution observes. The impact of globalization and digital capitalism is forcing worldwide attention to the starker divide between the “haves” and the “have-nots,” challenging how we think about the social contract. At a time when democracy is being tested internally and its role in the global order questioned, we must assess its current trajectory across regions and discuss the core challenges facing democracies in the West.

Can civic participation and direct democracy be integrated into the system without empowering populism? How can governing systems in the West compete against China’s innovations and global ambitions? Can different systems of government co-exist in this age of globalization and integration, or are we facing a clash of systems?

Recent decades have been associated with declining public trust in democratic institutions across Europe, but this picture may be more complex than is generally recognized, says analyst Ross Campbell.  He draws on new research of German public attitudes to suggest that although satisfaction with democracy and trust in democratic institutions declined sharply following German reunification in 1990, public criticism of institutions and the functioning of democracy was accompanied with growing support for the constitution or Basic Law. 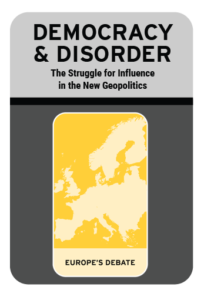 On October 1, the Foreign Policy program at Brookings will host Nathan Gardels and Nicolas Berggruen, authors of the new book “Renovating Democracy: Governing in the Age of Globalization and Digital Capitalism,” to discuss these themes and present finding from their research on how democratic systems work—and how they fail. Following opening remarks by Brookings Vice President and Director Bruce Jones, Washington Columnist for The Boston Globe Indira Lakshmanan will moderate a conversation with the authors.