The fate of Tunisian activist Moncef Marzouki (above) underlines the sense that the region’s democratic experiment has failed — but he says reports of the Arab Spring’s death are greatly exaggerated, AFP reports. “Ten years is nothing in the life of a people… History shows that revolutions always take a lot longer than that,” he told AFP from Paris:

The 76-year-old argued that “you can’t say the Arab Spring has failed because the factors that led to it haven’t been resolved — rather they’ve worsened”. Moreover, “saying that the revolutions have failed because there was a reaction isn’t logical. There’s a counter-revolution after every revolution,” he said, citing the United Arab Emirates, Saudi Arabia and Egypt as forces against a democratic “tide”. “They know that if Egypt for example had stayed a democracy, that would have affected the whole region,” Marzouki said.

Western democracies were at fault in terms of their support for Tunisia by “focusing too much [aid and engagement] on the formal politics, the high politics,” said Amy Hawthorne of the Project on Middle East Democracy, a partner of the National Endowment for Democracy (NED).

In many ways, the 2011-2012 revolutions never properly ended, says analyst Anissa Khedher. The uprisings of a decade ago were merely the first indication of the region’s citizens’ deep-seated unease about the stagnation or regression of their socio-economic conditions, and also about the lack of respect for their fundamental and democratic rights, she wrote in a recent NATO analysis, Ten Years After the Arab Spring: Democratic Expectations and Disillusions:

This feeling has only been exacerbated by the repressive inclinations experienced in most of the countries in the region since. Thus, the demonstrations that broke out in several countries since 2019 indicate that the democratization process of MENA societies is still ongoing. Hopes to restructure these societies with greater equity and respect for democratic and liberal values – and thus to overcome the disillusions that marked the post-revolutionary period – remains alive.

But Pascal Boniface, head of the French Institute for International and Strategic Affairs (IRIS), argued that the revolts have so far failed.

“Several authoritarian regimes have been re-established or kept going — at the price of blood and destruction in Syria, blind repression in Egypt, crushed revolts like in Bahrain and a civil war on top of a humanitarian catastrophe in Yemen,” he said. “In Algeria, the Hirak (protest movement) is waning, in Sudan and Tunisia, democratic gains are in danger, not to mention the chaos in Libya and Iraq.”

The current crisis in Sudan was provoked primarily by the deeply flawed architecture of the transition institutions, as well as the orientations of its main protagonists, all of whom were possessed by self-reinforcing insecurities, argues Abdelwahab El-Affendi, Profesor of Politics at Doha Institute for Graduate Studies: 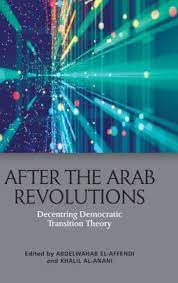 Isabelle Werenfels, a North Africa researcher at Germany’s SWP think tank, said “the Arab Spring clearly was not a success, but nor was it a total failure,” AFP adds.

“It has changed the horizon of the possible,” she said. “It’s difficult, especially in Tunisia, to take away people’s freedom once they’ve tasted it.”

Feels like winter, but some see hope in Arab Spring https://t.co/pZBYWHtXty via @FRANCE24