Robert L. Bernstein, who dominated the publishing industry for more than two decades as the chief executive of Random House, and who helped pry open closed societies around the world as the founding chairman of Human Rights Watch, died May 27 at a hospital in Manhattan. He was 96, The Washington Post reports:

In the aftermath of the 1975 Helsinki Accords, he also formed Helsinki Watch to monitor the protection of basic freedoms behind the Iron Curtain. It was followed by similar organizations centered on the Americas, Africa, Asia and the Middle East, which merged in 1988 to form Human Rights Watch….Bernstein published works by dissidents around the world, including Andrei Sakharov and his wife, Yelena Bonner; Natan Sharansky, a former Soviet political prisoner; Jacobo Timerman, who was tortured by Argentina’s military government in the 1970s; and Vaclav Havel, the Czech statesman and playwright. 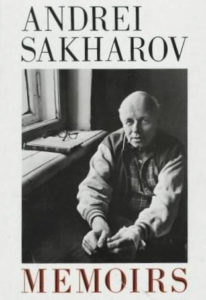 A turning point in his life came in 1976 during a visit to Moscow, where he met the Russian dissident Andrei Sakharov, The Wall Street Journal reports. After listening to Mr. Sakharov talk of the ordeals faced by Russians who dared challenge authority, Mr. Bernstein blurted, “I’ve got to publish your autobiography.” They shook hands on the deal. “You work out the details,” Mr. Sakharov said.

Law school fellowships on human rights in Mr. Bernstein’s name were established at Yale and New York University. In later years, he lectured widely and campaigned for human rights in China. And in 2011, he established a new group, Advancing Human Rights (the parent organization of Movements.org), and became its chairman, The NY Times adds.

“I never imagined that at 88 years old I would be founding a new human rights organization,” he said, “but I am doing it out of necessity, because I believe there are trends which are doing great damage to democracies throughout the world.” 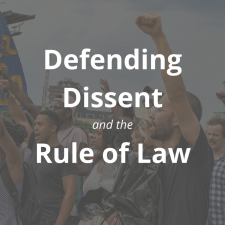 In 2009, he took the unusual step of criticizing the organization he had founded, the Post adds, writing in an op-ed column for the Times that Human Rights Watch had issued reports “on the Israeli-Arab conflict that are helping those who wish to turn Israel into a pariah state.”

Israel was a democracy while most regimes in the Middle East were undemocratic and authoritarian, Bernstein said, “The plight of their citizens who would most benefit from the kind of attention a large and well-financed international human rights organization can provide is being ignored as Human Rights Watch’s Middle East division prepares report after report on Israel.”

According to HRW’s own count, since 2000, its MENA team devoted more reports to alleged violations by Israel than to abuses by all but two other countries – Iraq and Egypt, according to one account:

That’s more reports than those on Iran, Saudi Arabia, Libya, Syria, Algeria, and other regional dictatorships….And, if you count only full reports—as opposed to “briefing papers,” “backgrounders,” and other documents that tend to be shorter, less authoritative, and therefore less influential—the focus on the Jewish state only increases, with Israel either leading or close to leading the tally. There are roughly as many reports on Israel as on Iran, Syria, and Libya combined.