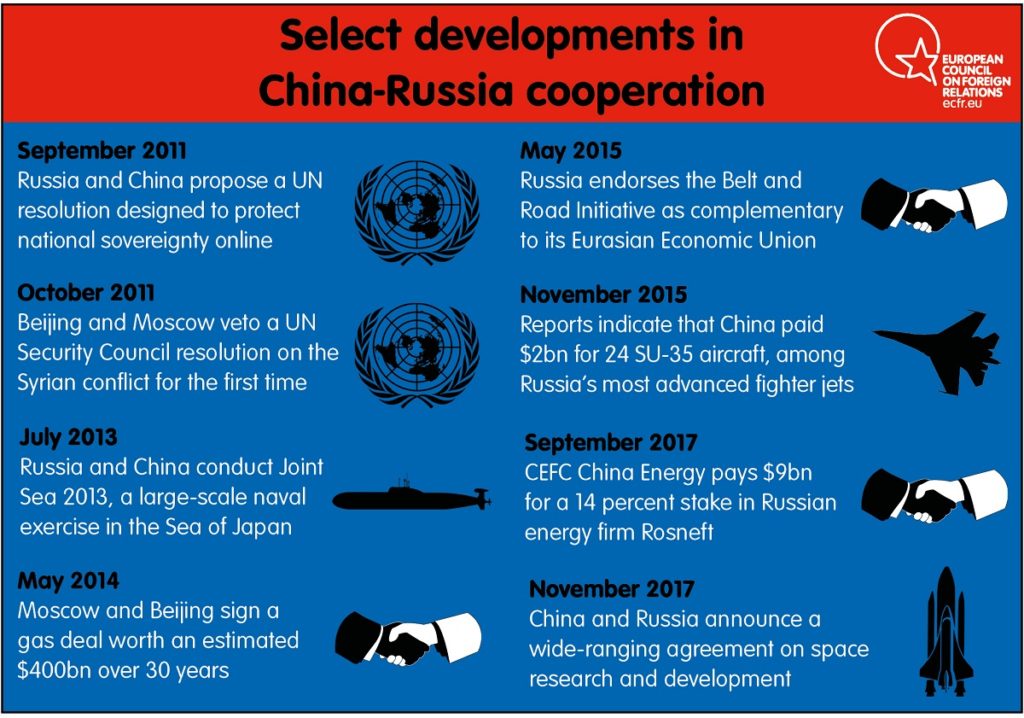 China and Russia are revisionist powers in as much as they share a commitment to creating a “post-West” global order which takes their interests into account and is conducive to authoritarian rule, according to a new analysis. Presidents Vladimir Putin and Xi Jinping are both authoritarian leaders whose primary preoccupation is regime survival and who are allergic to Western criticisms of their domestic systems and the repressive policies of their respective governments, argues Angela Stent, Nonresident Senior Fellow in Foreign Policy at Brookings’ Center on the United States and Europe:

There are significant asymmetries in the relationship, and mutual mistrust remains, especially in Russia’s rapidly depopulating Far East, where Chinese traders and entrepreneurs are abundant. Nevertheless, ..those who believe that Russia would be willing to distance itself from China and align itself with Washington against Beijing underestimate the extent to which China’s unequivocal support of Russia’s domestic system is an existential issue for the Putin regime……Their shared suspicion of the United States and commitment to creating a global order that will enable them to maintain their authoritarian regimes will continue to bind them together. What remains unknown is the extent to which both countries might join forces in the cyber area to undermine U.S. interests in the future.

“While differing in their targets and approaches, Chinese and Russian influence operations [what a National Endowment for Democracy (NED) report calls ‘sharp power‘] increasingly draw upon similar tools (e.g., social media, state media, and co-opting media outlets in target countries) to induce instability in democratic societies,” Stent adds in Russia and China: Axis of revisionists? “But, while they promote instability in democracies, they are both preoccupied with preventing popular discontent from threatening their rule and support each other in repressing any hint of ‘color’ revolutions.” RTWT