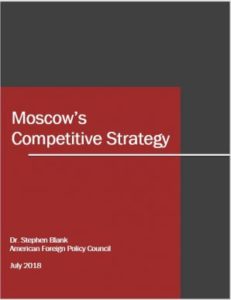 Despite the Kremlin’s international assertiveness, Russia’s principal strategic challenges are domestic, according to a prominent analyst.

In the political realm, the looming hurdle will be managing the transition to a new regime that follows the current leader, Vladimir Putin, while avoiding the Scylla of instability and the Charybdis of deepening stagnation, Carnegie Moscow Center’s Dmitri Trenin writes for the Economist. In the realm of economics, unchaining the country’s potential—held back by monopolies and corruption from unaccountable, self-serving elites—is critical.

Russians were not impressed with what 30 years of democracy had delivered, and wouldn’t mind giving a different model a try, claims journalist Andrei Zolotov.

“The idea is very attractive to some because of the pervasive perception that ‘democracy doesn’t work anyway’,” he tells the Times, noting that the transition from communism to capitalism during the 1990s remains a source of national trauma, and that Russia after two decades of Mr. Putin’s rule is hardly democratic.

During Putin’s 21-year rule, Russian authorities have encouraged the nation to develop a highly selective memory of the Soviet era – the repressions and the Gulag are not even a compulsory part of school history teaching, The independent Levada Centre found in a 2019 poll that 70 per cent of Russians thought Stalin played a positive role, and 48 per cent back the idea of erecting a statue to Stalin, compared to 25 per cent in 2010, the Irish Times reports.

“What happened here in the 20th century – 20 million people put through the Gulag system, two million died there, six million deported – is biblical in scale, planetary, and we must try to comprehend this,” says Roman Romanov, director of the Gulag History Museum in Moscow.

Some researchers complain of legal threats and intimidation, the Irish Times adds, citing the case of Denis Karagodin, who is being sued by the son of a former NKVD employee for defamation and the particularly notorious case of Gulag historian Yuri Dmitriev, who found a mass grave in north-western Russia, after which the authorities fabricated a child sex abuse charge against him, and he is now serving 13 years in jail. 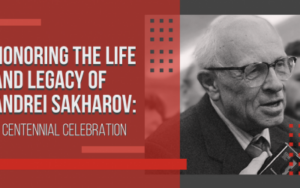 “You can draw a line from Andrei Sakharov’s time as a political prisoner, from his struggle to ensure that Russia faces up to its past and the importance of documentation and truth to prevent new atrocities, straight up to Yuri Dmitriev’s struggle in modern-day Russia,” according to the Norwegian Helsinki Committee.

Three factors will determine the opposition’s prospects in future elections, and perhaps the country’s political future itself, according to analyst Alexander Zamyatin:

The Kremlin had ensured that “nothing could go wrong” with last week’s parliamentary elections, said Deutsche Welle’s Christian F. Trippe, confirming that Putin’s Russia is a “managed democracy.” The opposition was effectively managed, Konstantin Eggert told Echo of Moscow.

Ten years ago, Russian society was lively and pluralistic, said Frank Nienhuysen in Süddeutsche Zeitung (Munich). Today “apathy and powerlessness” rule. “Hardly anyone in Russia is still making a fuss about the fact that the election was obviously rigged in so many ways.”

Yet United Russia won less than a third of the vote and not the nearly half reported, Paul Goble’s Window on Eurasia observes. Stanford University’s Michael McFaul, a former U.S. ambassador to Moscow, was also unimpressed with United Russia’s performance.

For decades, the United States has seen the South Caucasus as a strategically important region and has heavily invested in development, security, and democracy assistance, FPRI adds. On October 2, Georgia will hold its municipal elections. The election will take place against the backdrop of months-long parliamentary standoffs and political crises, the still-raging COVID-19 pandemic, Tbilisi’s continued fall from grace with its Western partners, and deep societal divides fueled by Russian disinformation and propaganda. What will the outcome of the election tell us about the future of Georgia’s struggling democracy?

The Future of US Strategic Interests in the South Caucasus: Challenges and Opportunities for the Biden Administration. October 05, 2021 | 10:00 am to 12:00 pm.