Masked police early on August 8 searched the offfices of Aleksandr Pomazuev, Evgeny Zamyatin, and Vyacheslav Gimadi located on the premises of Navalny’s Anti-Corruption Foundation (FBK) in Moscow, seizing crates full of documents. The search was part of a criminal money-laundering investigation, the Apology of Protest rights watchdog said in an August 8 message on Telegram.

Russian authorities on Thursday froze a slew of bank accounts linked to Navalny as part of a money laundering investigation that his allies say is a trumped-up attempt to cripple his political movement, Reuters adds.

The latest wave of protests is undermining the legitimacy and credibility of Vladimir Putin’s kleptocracy – a form of crony capitalism, as analyst Anders Aslund would have it. 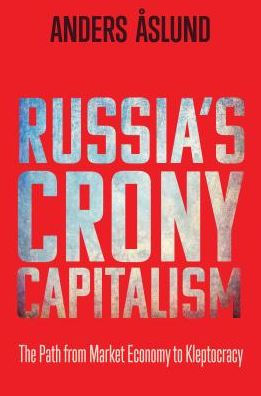 Portrayed in foreign capitals as a powerful and belligerent geopolitical actor whose military interventions have given him increased global clout, Mr Putin’s domestic support is foundering — down a third since 2017 — after years of economic malaise that have left average Russians feeling poorer and less confident about their future. Real incomes have fallen for five of the past six years, and are about 10 per cent lower than in 2013, The Financial Times reports:

That domestic gloom has eroded trust in what was once a dependable unspoken agreement between Mr Putin and the Russian people, who traded political and social freedoms for rising prosperity and national pride. As the fruits of those promises sour, many Russians are increasingly pushing back against what they see as over-reach from a government seeking to maintain total control over the country.

“The essence of this response is the attempts of the institutions of power to individually prove to Putin their ‘political responsibility’ and ‘trustworthiness’,” says Tatiana Stanovaya, founder of R. Politik, a political consultancy. “As the saying goes, ‘those who can protect themselves, save themselves’. This is the erosion of the regime.”

“We see a growing sense of fearlessness,” a senior foreign diplomat in Moscow says. “Instead of specifics, increasingly there is a sense of injustice . . . now it’s the principle that is upsetting them.”