The outgoing deputy head of the monitoring mission to Ukraine of the Organization for Security and Cooperation in Europe says newly compiled statistics prove that lack of political will is the only thing allowing near-daily outbreaks of violence to continue claiming lives in Russian-occupied eastern Ukraine, VOA reports.

“Fourteen times now, both sides have agreed to recommit to the cease-fire, and every time this happens, daily cease-fire violations plummet from four digits to fewer than 10, and that’s within a single day,” Alexander Hug told VOA’s Ukrainian service.

David Kramer, former U.S. deputy assistant secretary of state, said even if Hug’s data supporting an immediate cease-fire were sound, it wouldn’t be sustainable unless the Kremlin saw that it had nothing more to gain from remaining in Ukraine.

“To be clear, the responsibility for stopping the conflict lies in Moscow,” he said. “It lies with [Russian President Vladimir] Putin, who to this day refuses to recognize that there are Russian forces in eastern Ukraine.”

“Russia invaded Ukraine, Ukraine didn’t invade Russia,” he said. “So, I do think we need to see a stronger effort from the West to apply more pressure on the Kremlin and its cronies because, absent that pressure, we’re not going to see Putin move…..Unfortunately, I don’t think we’ll see any movement until after both the presidential and parliamentary elections [in Ukraine],” he added.

“I think that Russia has essentially decided to wait out the Ukrainian election, see what happens,” he said. “Maybe there’ll be new opportunities that arise to get a more favorable position for Russia. So I think they intend to just play it out.” 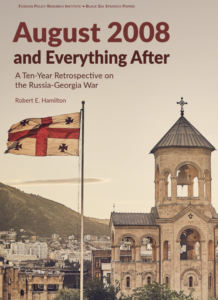 Russia’s 2014 seizure of Crimea and military intervention in eastern Ukraine have made clear that – far from being an isolated event – Russia’s 2008 intervention in Georgia marked the beginning of a sustained and serious Russian challenge to the U.S.-led global order, notes Robert E. Hamilton, an Associate Professor of Eurasian Studies at the U.S. Army War College and a Black Sea Fellow at the Foreign Policy Research Institute.

Freedom House data suggests that although Georgians gained more political and civil rights after the Rose Revolution, those rights went into decline in 2007, but have since recovered, he writes in a new report, August 2008 and Everything After: A Ten-Year Retrospective on the Russia-Georgia War:

So the 2008 war with Russia appears to have had less effect on Georgia’s democratic transition than the 2007 civil unrest and subsequent government crackdown. This is noteworthy, in that war and insecurity are often associated with increased repression by governments in the name of national security. This is especially true in unconsolidated democracies like Georgia.

Even a casual look at the map today should lead us to question the assumptions that animated past policies and turn our attention to the urgent task of strengthening the West to contest the growing influence of our rivals, said A Wess Mitchell, Assistant Secretary of State for European and Eurasian Affairs.

This task begins at Europe’s far frontier, in supporting states that are struggling to assure their continued independence, he told an Atlantic Council event on “Championing the Frontlines of Freedom: Erasing the ‘Grey Zone.’” 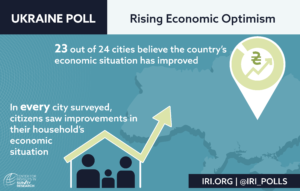 The dangers to Ukraine and Georgia are direct and existential, comprising both military threats to territorial integrity and sovereignty, and efforts to unravel the democratic institutions that their citizens are attempting to build, he added. In Central Europe proper, the threat is of a degree of political and economic penetration that with time could degrade national independence and splinter NATO.

The reality in many of the nations of Europe’s east is messy. We cannot and should not defend every decision they take or every leader they choose, said Damon Wilson, executive vice president for programs and strategy at the Atlantic Council. At the same time, we must protect the ability of these nations to be sovereign, whole, and free, with their own identity and free to choose their own destiny.