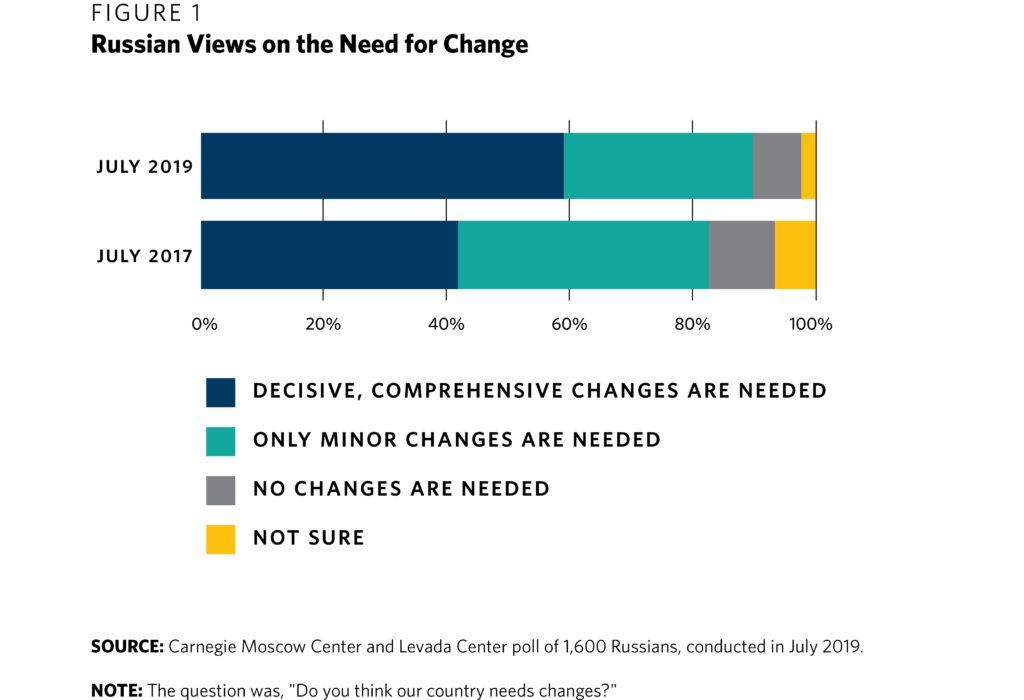 In the past two years, the Russian public’s appetite for change has increased considerably. A small but growing group of Russians blame President Vladimir Putin for the country’s problems, and his capacity to deliver change is now being questioned. Yet the demands for change are taking very different forms, not only in open protests but also through latent discontent, and the public has not identified a specific alternative leader as a potential agent of change, according to Carnegie Moscow Center analyst Andrei Kolesnikov and Denis Volkov, a deputy director at the Levada Center in Moscow:

In July 2019, the Carnegie Moscow Center and the Levada Center, Russia’s main independent polling agency, conducted a third poll in two years asking 1,600 Russians about their readiness for change. The results show some striking new trends. A total of 59 percent of respondents—17 percent more than two years before—said that the country needed “decisive comprehensive change” (see Figure 1 above). The Russian publication of this research in November 2019 attracted a lot of attention from the media and political class. An answer came in January 2020 in a form of constitutional changes and the resignation of the government.

Behind the façade of transition, Putin is establishing a Corporate State, observers suggest (HT: Paul Goble).

If the thirst for political change continues to gain momentum in Russia, a full-scale demand for political freedoms and alternatives may emerge quite soon, Kolesnikov and Volkov argue:

At least, more civic resistance to some government initiatives is inevitable (at different levels), and there is an evident readiness for new faces in the political process. If a civic movement coalesces, government authorities will be forced to change not only their methods of management, potentially making the state more modern and technocratic, but also allow, conceivably, for greater political freedoms. So far, the state appears totally unprepared to do this. In fact, it has been drifting toward greater authoritarianism. Here is where the key contradiction of the next few years lies: society will be developing faster than the state, potentially leaving the latter behind. 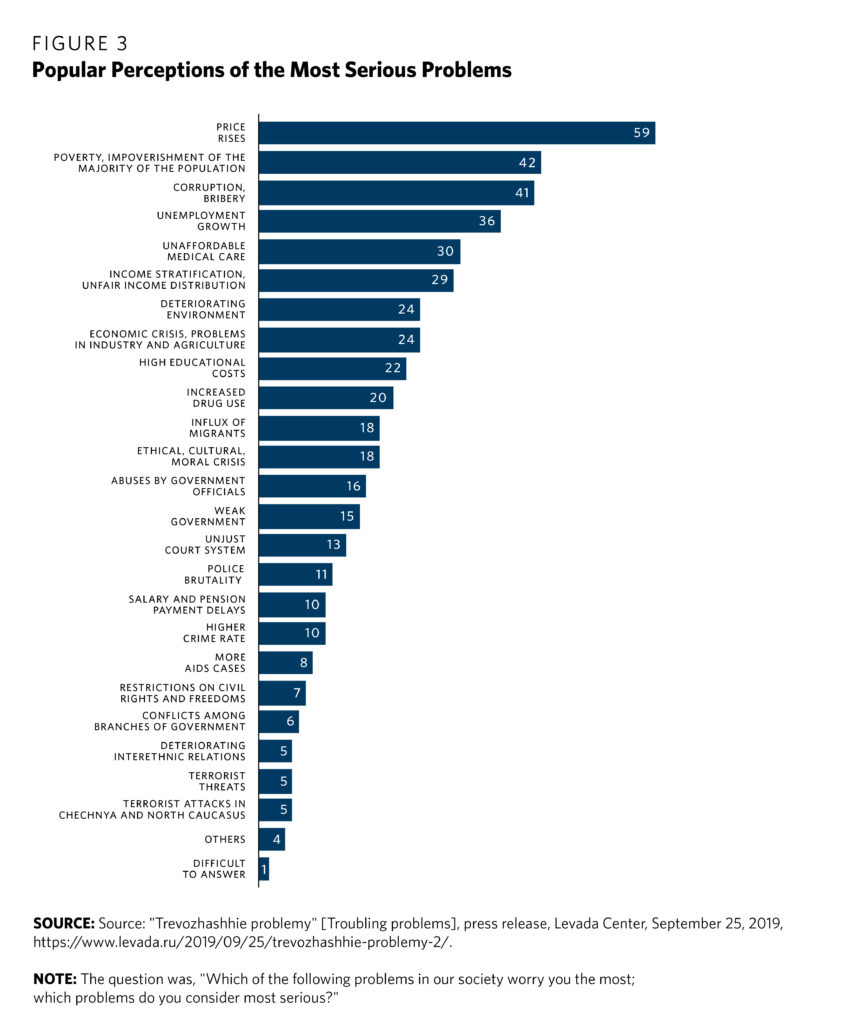