An important test of civil society in Russia is unfolding on the streets of Moscow. It suggests that despite the authoritarian rule of President Vladimir Putin over nearly two decades, there is still a significant number of people in Russia’s capital not afraid to speak out. It also suggests Putin knows of this discontent and fears it, The Washington Post reports.

Russia’s civil society is growing increasingly influential as society is becoming politicized. As are our private lives, says opposition figure Dmitry Gudkov. Look at the young people. They are outraged because authorities are constantly talking about introducing internet censorship, he tells Deutsche Welle:

And then they see political dinosaurs like Alexander Bastrykin, the head of the Investigative Committee of Russia, looking at computer screen through a magnifying glass. And Vladimir Putin, who does not know how to use a smartphone and mixes up the terms transgender and transformer. These young people constitute a civil society that wants the old decision-makers to leave. So they are also an opposition force in Russia. One day, these two opposition forces will unite and change our country.

Fraud in Russian elections under Vladimir Putin is nothing new, adds Vladimir V. Kara-Murza, Vice President of the Free Russia Foundation. It has been a staple of the system for years and has been documented by international bodies, from the observer missions of the Organization for Security and Cooperation in Europe to the European Court of Human Rights.

This time, however, there is a difference, he writes for The Post. Those disqualified from the 2019 Moscow ballot are not just opponents who could speak the inconvenient truth to voters during the campaign. Many of them are, in fact, sure winners in their districts who can reshape the face of Moscow’s legislature and, with it, of Russian politics — just as the opposition’s recent victory in Istanbul changed the political landscape of Recep Tayyip Erdogan’s Turkey. 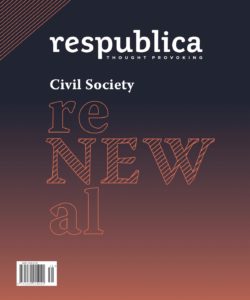 Many Russians were happy to exchange the freedoms of the 1990s for a stream of oil money and a concept of ‘order’ guaranteed by a paternalistic leader, argues Irina Borogan and Andrei Soldatov. Following western sanctions, a massive expansion of the military industrial complex secured the loyalty of oligarchs and compensated for the loss of superpower status. Putin’s popularity may be wavering, but the demands he caters to are stronger than ever, they write for Eurozine (a partner of the National Endowment for Democracy).