In an interview with U.S. filmmaker Oliver Stone dated June 19 and published on the Kremlin web site on Friday, Putin also said that any alleged Russian hackers were still not able to influence the vote’s outcome.

“And whichever our bloggers – I don’t know who works there in the Internet – had expressed their point of view on the situation in the USA in this or that way, this had not been able to play a decisive role. This is nonsense,” Putin said.

Putin is a gambler. Russia’s population is shrinking, its real-terms wages and gross national income per head are tumbling, it has failed to create successful industries and services and is blighted by entrenched corruption — and yet its president behaves like a poker player with a royal flush, notes former FT Moscow bureau chief John Lloyd.

In Russia’s Crony Capitalism, Anders Aslund writes that Putin has built an “authoritarian kleptocracy”, and quotes the late, great investigator of Kremlin thievery, the American political scientist Karen Dawisha, as saying that the power group headed by Putin is “committed to a life of looting without parallel”, he writes in a review of four new books which examine Putinism through the lens of history:

True, that in the past few decades western reactions to Russia have been cautious, at times mean, at times exaggeratedly hostile. But the recoil of Russian society, media and politics away, since the early 2000s, from liberal models that Putin explicitly disdains has been mostly his achievement, and that of his associates. At the same time, the hope that the freedoms and openings that remain — very large in comparison with Russia’s past — will form the bedrock of a more securely civil society is the common aspiration of tens of thousands, even millions of Russians, as it is of many in the west. RTWT

The powers that be in the Kremlin would be far better off allowing a small number of opposition figures to be elected to various representative bodies, analyst Liliya Shevtsova says, but they “have made a different choice – to do away with the imitation of elections and any playing at democracy” and to do so “openly and convincingly” (HT: Paul Goble’s Window on Eurasia). 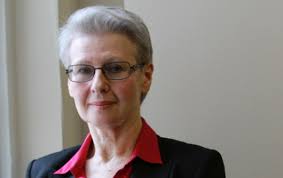 What is happening in St. Petersburg and Moscow shows that Moscow has decided to drop any pretense of democracy.  Apparently, “the Kremlin having weighed the alternatives came to the conclusion that the risk of destabilization from allowing extra-systemic elements inside was much greater than the threat of political protests,” adds Shevtsova. a member of the Editorial Board of the National Endowment for Democracy’s  Journal of Democracy:

Consequently, “those running ‘the vertical’ decided that they must at any price maintain the monolith of power: any cracks in the system in which already are taking place destructive processes can entail uncontrolled consequences. The inner space must be kept clear for direct rule, especially given the growing dissatisfaction of the population.” Not only is the extra-systemic opposition to be excluded, but the room of maneuver for the systemic opposition is to be shrunken to nothing…… And “all this means that the path for the peaceful evolution of the system in Russia have been blocked.” The people have only the streets.

In The Putin System: An Opposing View, Grigory Yavlinsky, a democratic opposition politician in Russia who has run against both Yeltsin and Putin for president, presents a compelling view of the origins and development of the Putin system, challenging conventional analyses and questioning the impact of Western policies toward Russia over the past 30 years, Stent writes for Survival, the journal of the International Institute for Strategic Studies:

Yavlinsky enumerates the core features of the Putin system: exorbitant levels of endemic corruption; weak institutions and a lack of rule of law; a regime that is increasingly personalistic in nature; increasing stagnation; and social and economic ineffectiveness at accomplishing the tasks of development. ‘On the whole,’ he concludes, the Putin system ‘has acquired the features of a mature autocracy organized on the principles of Mafia-like syndicates’ (p. 203). But Putin enjoys support from below, and external threats have been reduced to a minimum.

*Russia, by Dmitri Trenin; Russia’s Crony Capitalism: The Path from Market Economy to Kleptocracy, by Anders Aslund; Putin’s World: Russia Against the West and with the Rest, by Angela Stent; The Russia Anxiety: And How History Can Resolve It, by Mark B Smith.