The emergence of a broad democratic coalition in Russia will be “extremely difficult,” according to a prominent expert.

To begin with, such a potential coalition must have the option to participate in the political competition, political scientist Vladimir Gelman tells the Institute of Modern Russia. The authorities are trying in every possible way to narrow down these options. Opposition candidates are refused registration, parties are not allowed to participate in elections, individual activists are pressed and forced to either abandon their activities or leave the country.

Under such conditions, the emergence of a new coalition that would be able to participate in elections seems extremely difficult, he adds in the latest instalment of a series on 20 years under Putin and 30 years since the Soviet Union’s dissolution. 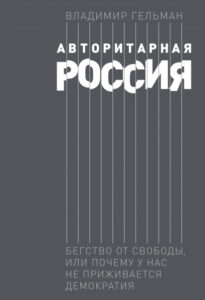 Prospects for such a coalition appear to have diminished further when Russian liberal party Yabloko announced Monday it will cut ties with members who had backed jailed Kremlin critic Alexei Navalny’s anti-Kremlin voting initiative, a move that underlines bitter divisions in the country’s fragmented opposition, the Moscow Times reports.

Yabloko, which has not been represented in Russia’s parliament for the past two decades, accused Navalny of playing into the Kremlin’s hands with efforts to coalesce supporters around mostly Communist Party candidates during last month’s legislative polls, it adds:

“Our opponent is not only the government, but also what can be described as modern Bolshevism,” Yabloko said in a statement. The party defined the term as “a reaction to leadership corrupted by irremovability,” “a populist appeal to all the weak and offended” and “a call to unite around a charismatic leader who combines nationalism with primitive egalitarianism in his appeals.”

In Putin’s Labor Dilemma, Stephen Crowley investigates how the fear of labor protest has inhibited substantial economic transformation in Russia, the Kennan Institute adds. Putin boasts he has the backing of workers in the country’s industrial heartland, but as economic growth slows in Russia, reviving the economy will require restructuring the country’s industrial landscape. At the same time, doing so threatens to generate protest and instability from a key regime constituency.

A group of Russian economists recently described the current situation in Russia as “Stagnation-2.” According to the Levada Center’s latest data, trust in the president continues to decline, albeit gradually. And in opposition circles, two narratives explaining the status quo persist. One holds Putin responsible for all of Russia’s troubles, the other blames a passive society. What do you think about such assessments? To what extent do they reflect the real situation? IMR asks Gelman. 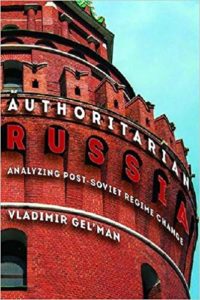 VG: Not quite. If Putin is to blame for everything, then let’s look at other countries that also face problems of authoritarianism. Neither Azerbaijan, nor Uzbekistan, nor Turkey have Putin as their president—they have their own personalist leaders. You can think whatever you like about Putin, but it is hardly worth attributing such a dominant influence on Russia’s situation to his personality. This view is a little naive. ….. As for the passivity of Russian society, it seems to me that this is not the problem’s cause, but its consequence. Russians, not without reason, fear that their activism can have serious implications—from losing their jobs to charges of extremism. Many Russians do not like the current situation, and they are not satisfied with it, primarily for economic reasons, but they perceive drastic changes as a risk. I call this situation “negative equilibrium.”

We do not know how far Russia is from a democratic transition, but there is no reason to believe that Russia is incapable of democracy, adds Gelman. Democracy has been established over the past decades in countries as diverse as Mexico and Mongolia. Mexico, for instance, went through a very long period of authoritarianism, and Mongolia never had a democracy at all, but this has not stopped both countries from democratizing. So this path is not closed for Russia, but this does not mean that it will be chosen. RTWT