The eruption of protests on the streets of Moscow in early August was the culmination of demonstrations the previous month after election officials barred opposition candidates from running for City Council, citing irregularities in the signatures collected to put them on the ballot. Hundreds were arrested as the protests repeated for several weekends in a row amid police crackdowns against demonstrators and opposition figures, writes investigative journalist and analyst Kseniya Kirillova. 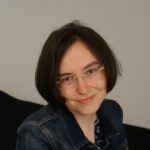 As these kinds of protests become increasingly common, polls tell us that Russians have been losing confidence in President Vladimir Putin. But those two trends do not add up to a popular movement for change. They may be frustrated, but Russians are also too divided and anxious to coalesce around a revolutionary vision or action.

Most significantly, public confidence approval ratings of Putin and his policies have dropped since 2018 because of the extremely unpopular “pension reform.” At the end of May 2019, the ratings of the Russian president had fallen below its historical minimum and reached 31.7 percent.

Another ominous trend for Putin and his government is the recent growth of protest activity in Russia. Anastasia Nikolskaya, a researcher at Kosygin Russian State University who has for years studied the attitudes of the Russian public, told this year’s meeting of the Free Russia Forum in Vilnius:

“There is a growing tendency of [Russians] fighting for their rights by constitutional means. Respect is among the most important Russian values, so the arrogant statements of low-level local officials make people feel even more offended. It’s fair to say that people have changed.”

These demands for respect and self-government, along with rising skepticism of Putin, are being made as the economy and living standards continue to decline. At least two large-scale protest movements in recent months—both regional and federal—illustrate these trends:

For all its growing strength, however, the Russian protest movement’s vulnerabilities keep it from blossoming into a genuine threat to Putin’s regime:

In these three key ways, the Yekaterinburg protests lacked the elements necessary to become a national movement, but they still mattered. As sociologists point out, such actions help citizens develop their potential to protest and show them that mass protests are an effective way to protect their rights. 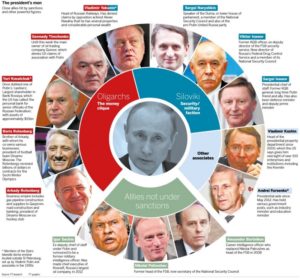 Aside from mass repression, some uniquely Russian circumstances have so far prevented the kind of social cohesion necessary to create a large and consequential protest movement: fear of an external threat from which Russians need to be protected, the lack of a consolidating idea, and the lack of consensus about what the future should look like.

Russians are more afraid of the specters dreamed up by the Kremlin than they are outraged by lawlessness and falling living standards. Those specters are the “menacing West” and the return to chaos, devastation, and even war that they have been told to expect if Putin and his system are overthrown. As long as Russians see in Putin a defender and savior from these threats, they would not dare to participate in a revolutionary protest.

Finally, Russians cannot agree on what type of future they should be advocating for, which contributes to the absence of unifying leaders and protest strategies. Since 2001, the independent Levada sociological agency has periodically asked Russians what they think of Joseph Stalin. This year, the level of favorable or neutral view towards the Soviet leader stands at 77%. Of course, Russia’s liberal opposition rejects the notion of Stalin as the embodiment of the country’s restive mood, while Stalin’s admirers aggressively refuse to see liberal dissidents as the custodians of their aspirations.

For all these reasons, an effective protest movement seems a long way off in Russia, but any efforts to build one will need a few specific elements:

The above extract is taken from a more extensive brief launched at the Atlantic Council today.